One of the saddest things for me to see is a senior animal at a shelter. It can mean one of several things ” the animal’s previous owner may have been elderly and couldn’t care for him or her anymore and there were no family members that could help – or the previous ‘owners’ decided that caring for an older animal was not something that they wanted to do. I can understand the first but I do not think kindly of those who do the second. That was what happened with the dog that appeared in this video.

The people at the Vet Ranch introduce us to an older dog named Gretta. She’s a decade old and her previous owners didn’t want to have to deal with her bad teeth and her mammary tumors. That’s a shame, because this is such a sweet dog and it makes me sad that people wouldn’t want to care for her. Unfortunately, the vets at the Vet Ranch do have to consider euthanization due to her older age, but that’s the last resort and only if surgery can’t remove the tumors and her quality of life would suffer.

Gretta has the largest mammary tumor removed surgically, and it’s tested and deemed to be benign. They don’t show the actual surgery ” the only thing that made me wince was their showing her rotting teeth, but that’s positively mild compared to what other Vet Ranch videos have shown. The other tumors are removed, so Gretta is now tumor-free. Her bad teeth are thoroughly cleaned, so she’s good to go. The vets just have to put a cone around her head to prevent her licking her stitches from the tumor removals.

What would cause her previous owners to just so callously hand this sweet dog to a shelter. Can you imagine how she felt how the people whose hands she had licked and laps she had occupied just walked out of her life, never to return? Hopefully, Gretta was able to find another home, even a foster one, where she would be able to live out her remaining days in a place that showed her love.

How did it make you feel to learn that Gretta had just been dumped like that? Please tell us your thoughts in the comments section. Also, please ‘Like’ us on Pinterest. 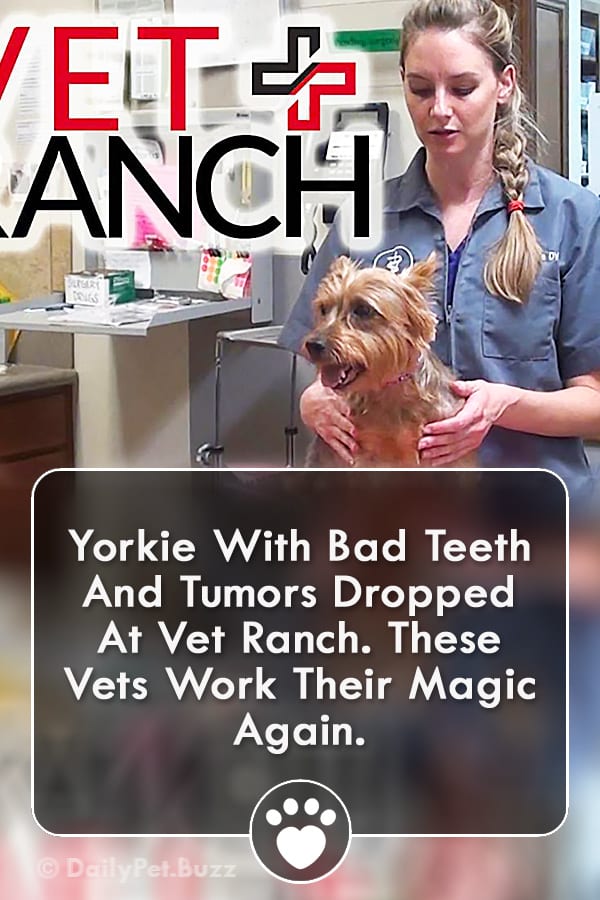