In 1962, Ian Stewart, Brian Jones, Keith Richards, and Mick Jagger would come together to form one of the most iconic bands. Of course, we’re talking about The Rolling Stones!

The Rolling Stones were in the vanguard of the British Invasion of bands that became popular in the US in 1964”65. At first noted for their longish hair as much as their music, the band identified with the youthful and rebellious counterculture of the 1960s.

Did you know that in 1964, just as the group was starting to achieve mainstream success, they recorded a jingle for Rice Krispies cereal?

It’s a :26 second clip that only aired in England, but it’s definitely worth watching. The lyrics, which include lines like ‘Wake up in the morning there’s a snap around the place,’ were written by Jones.

The accompanying video is supposedly a U.K. game show called ‘Juke Box Jury.’ While the Stones aren’t the only band to provide their talents for a commercial, it’s fun to see such a renowned group of musicians singing about cereal.

Rice Krispies is a breakfast cereal marketed by Kellogg’s in 1927 and released to the public in 1928. They are made of crisped rice and expand forming very thin and hollowed out walls that are crunchy and crisp. When milk is added to the cereal the walls tend to collapse, creating the famous “Snap, crackle and pop” sounds.

The elf-like Snap, Crackle, and Pop appeared for the first time on television in 1960. Four short years before The Rolling Stones recorded the jingle for the little elves.

What do you think of the jingle created for Rice Krispies cereal by The Rolling Stones? Should it still be used today? Use the comments section below and share your thoughts. We’d love to hear from you! 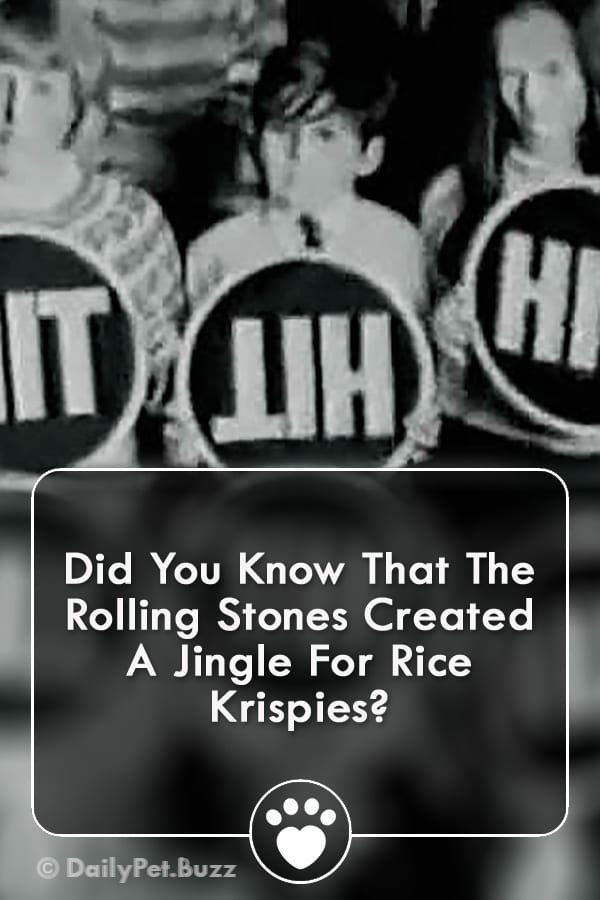