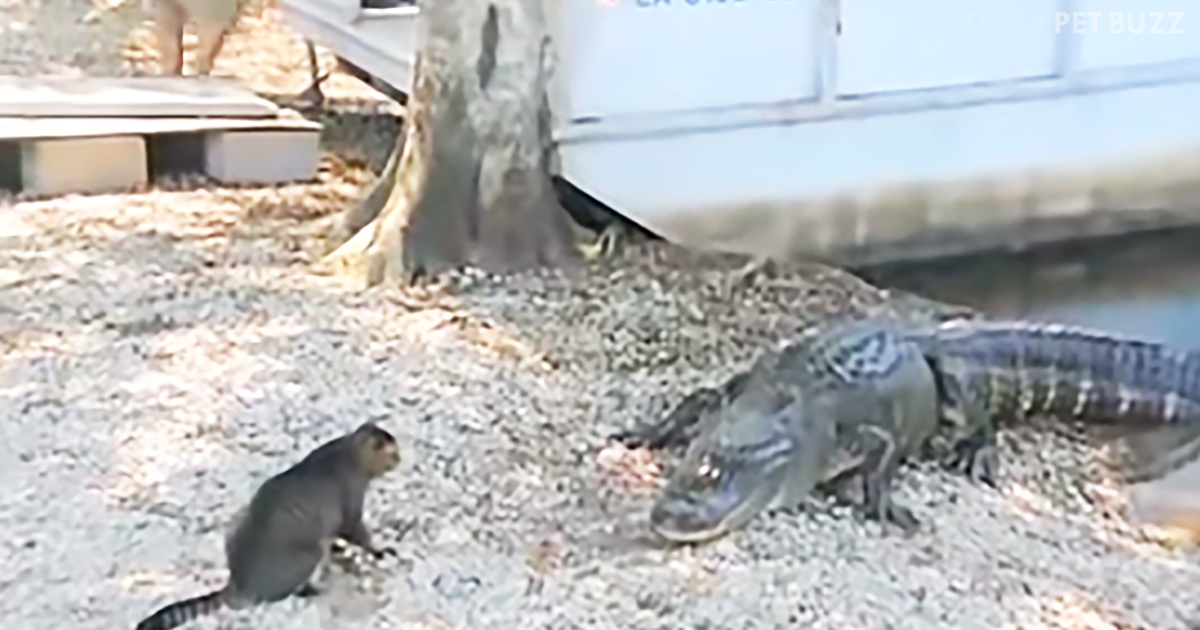 The term ‘scaredy-cat’ is nothing but a sham. It’s not that cats fear many things. In fact, I don’t know of any cats that fear something. They might run off every now and then, but it is because they don’t want to deal with what you are dishing out then. Cats are the kings of pets because they do whatever they want, whenever they feel like it.

When I was growing up, I used to think that what the cartoons were showing was the truth. Cartoons always would show cats running away from dogs. Little did I realize that it is as fake as a $3 bill. Mugsy, the cat, is the perfect example of this.

He sees a human that needs his help and does not hesitate one bit in protecting him, even if this means facing a couple of alligators. This courageous rescue is caught on video. The video starts with a human walking by the alligator. But there is also a young boy, who obviously does not realize the immense danger he is putting himself in.

As soon as he sees the child, Mugsy, the cat, leaps in to make sure the human is kept safe from the alligator. The alligator is creeping almost in front of him. He starts with a fierce stand-off. They are head-to-head, and neither seems to be backing down.

Someone off-camera says: ‘Wow, isn’t that interesting,’ as people are watching the face-off, not knowing how it will unravel. The cat then lunges at the alligator to intimidate him. The thing is, it actually works! The alligator retreats, not knowing what to make of it and not wanting to suffer any injury from the fierce claws of Mugsy.

‘Unbelievable, oh my God,’ says the same person off-camera. ‘Don’t get too close. He’s scared of the cat.’ The viewer says: ‘The cat has no fear.’ At this point, Mugsy is staring down the alligator to make him back down.

Eventually, the cat is too much for the alligator to handle, and he decides to retreat into the water. The man then says: ‘Oh wow, that cat showed him.’ But the alligator is not finished. A few moments later, he comes out of the water along with a friend to try to gang up on Mugsy. Mugsy does not flinch.

Mugsy stands his ground and actually looks a little grumpy that the alligator had the nerve to come back looking for him. At this point, Mugsy if fed up with the alligator. He charges once more and swats him with his paw. This causes the alligator to understand they are no match for Mugsy finally. Watch the fantastic stand-off as it happens in the following video. 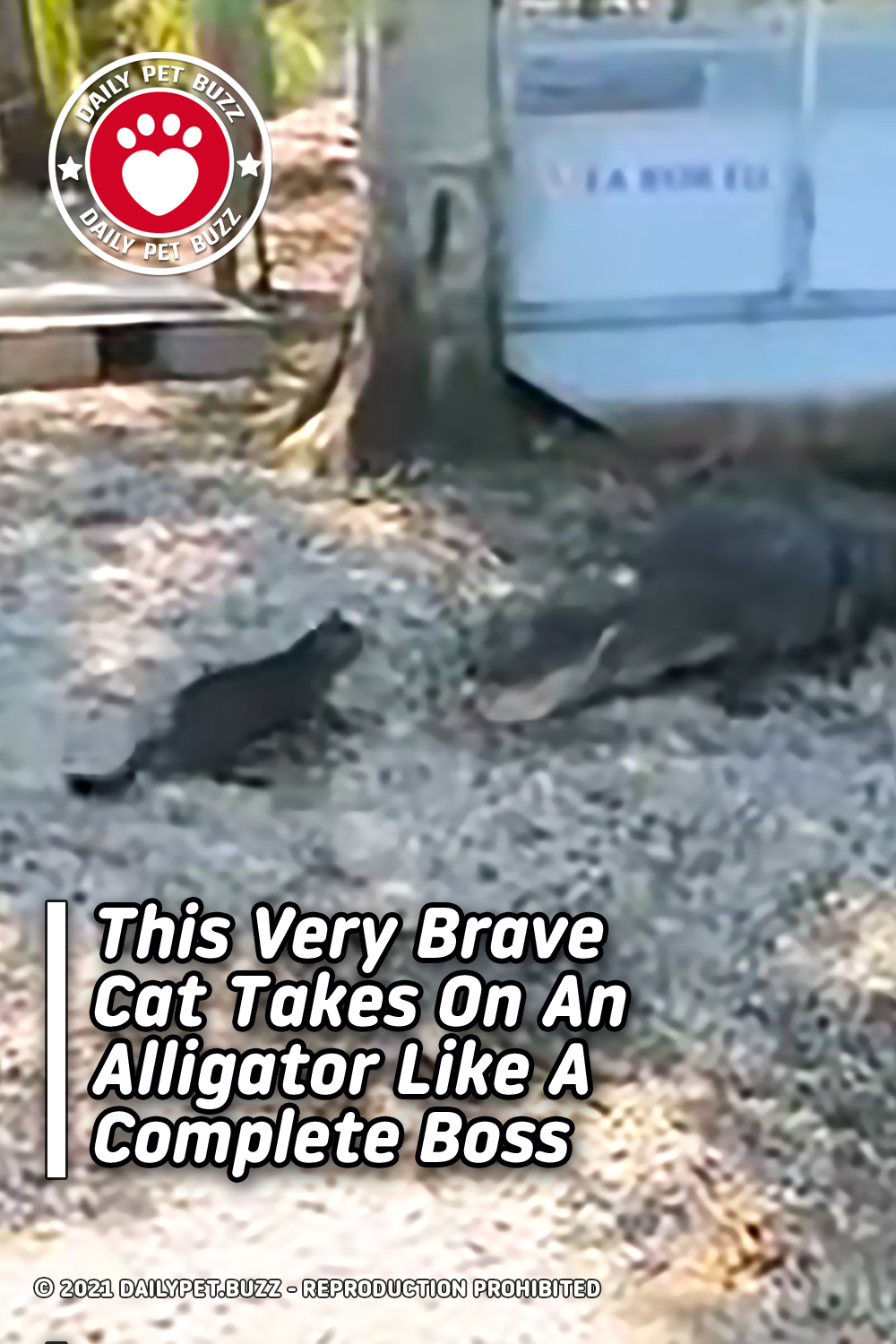