When Andi Davis was hiking along a desolate mountain trail in the Phoenix Mountain Reserves, she noticed a wounded pit bull on the way. The poor guy was out in the middle of nowhere and he looked like he had broken legs. Andi was wary of approaching him at first, but when the dog lifted his head and looked at her water bottle, she knew she had to help him.

She gave him some water and carried his 50 pound body down the mountain. Once they reached the base, her husband and daughter helped her take him to the humane society. They later found out that the poor dog was brutally shot with bullets, some of which were still lodged inside his neck.

Fortunately, he was taken in by the very family that found him and named Elijah. This was a difficult decision for this family to make because they already had three other dogs, and their German Shepherd had been attacked by two pit bulls before. But as their young daughter explains so eloquently, it’s not the pit bull that’s bad, it’s the humans that train them to be bad. She was very right.

Elijah is now a happy, healthy, friendly, loving dog and this family decided to keep him, not just to foster him. It is amazing to see him get a second chance at life!

Watch the story below. Did this move your heart? Let us know how you felt watching this video in the comments section! 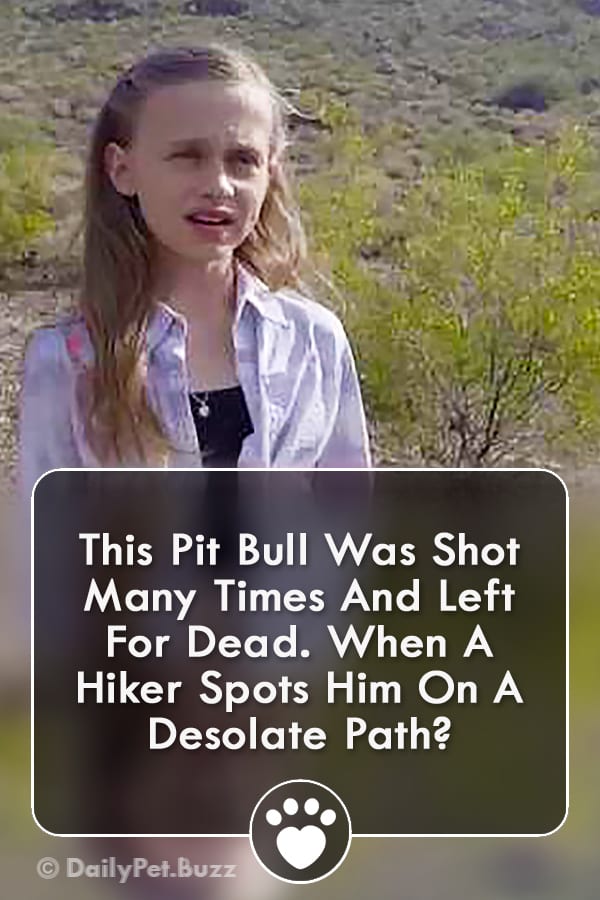