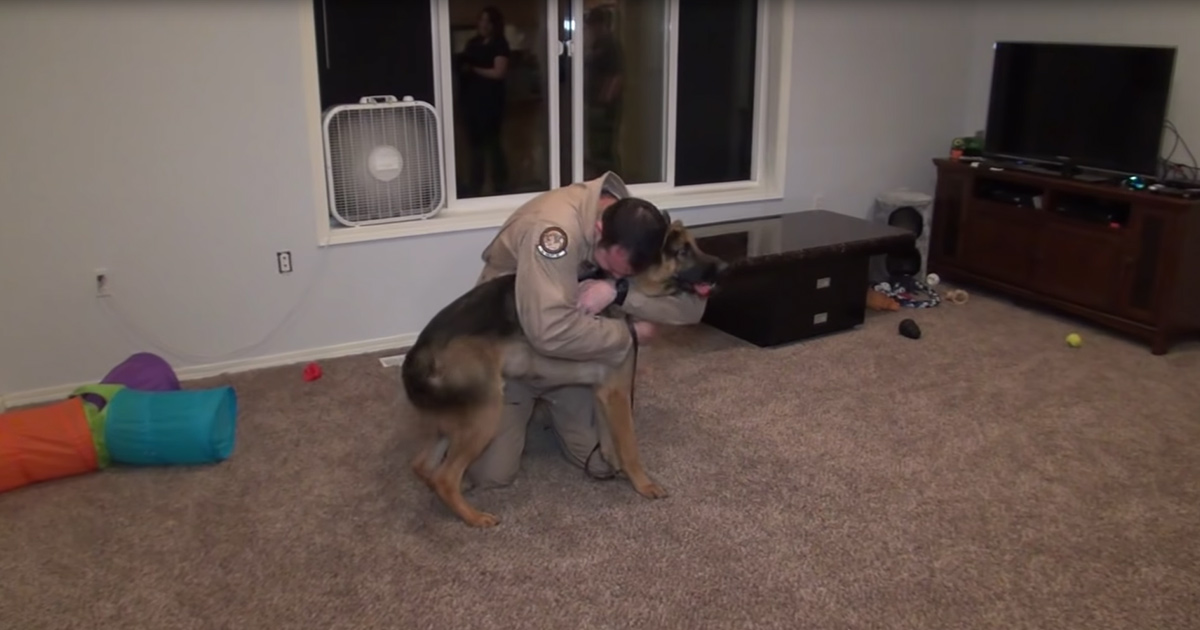 One of the many ways we know pets love their humans is how they react when mom or dad gets home. If you’ve got a cat or a dog, there’s a good chance they come running to the door as soon as they hear some sign that you’re back. The longer you’re away, the more eager they are to see you.

When you go away for a long time, there’s no way to tell your pet to mark their calendars, so they’re left anxiously wondering when they’re going to see you again. When members of the armed forces are deployed abroad, it’s always hard on their families. Not only is a loved one absent, but there’s always the nagging fear that he or she might come back injured, or worse, not at all. But at least it’s easy for humans to keep in touch. A phone call or e-mail isn’t the same thing as being home, but it’s something. So just imagine how it is for a pet when a favorite human has been gone for a long time.

Harley is a very handsome German shepherd. His dad is an Army staff sergeant who is sometimes away on deployment for long periods. When sarge returned home, his family set up a special reunion with Harley. First, daddy went into a room. Then a door was opened for Harley. The dog was distracted by the person who let him in, but then he was told to turn around.

When Harley saw who was home, he went completely bonkers, running around the room like a maniac, running circles around himself and his dad. He just couldn’t decide how best to greet daddy, so he tried a bit of everything. His dad eventually made an effort to calm Harley down, but it wasn’t easy. This was one happy and exuberant dog! We’ve posted the really sweet video of this reunion below for you. 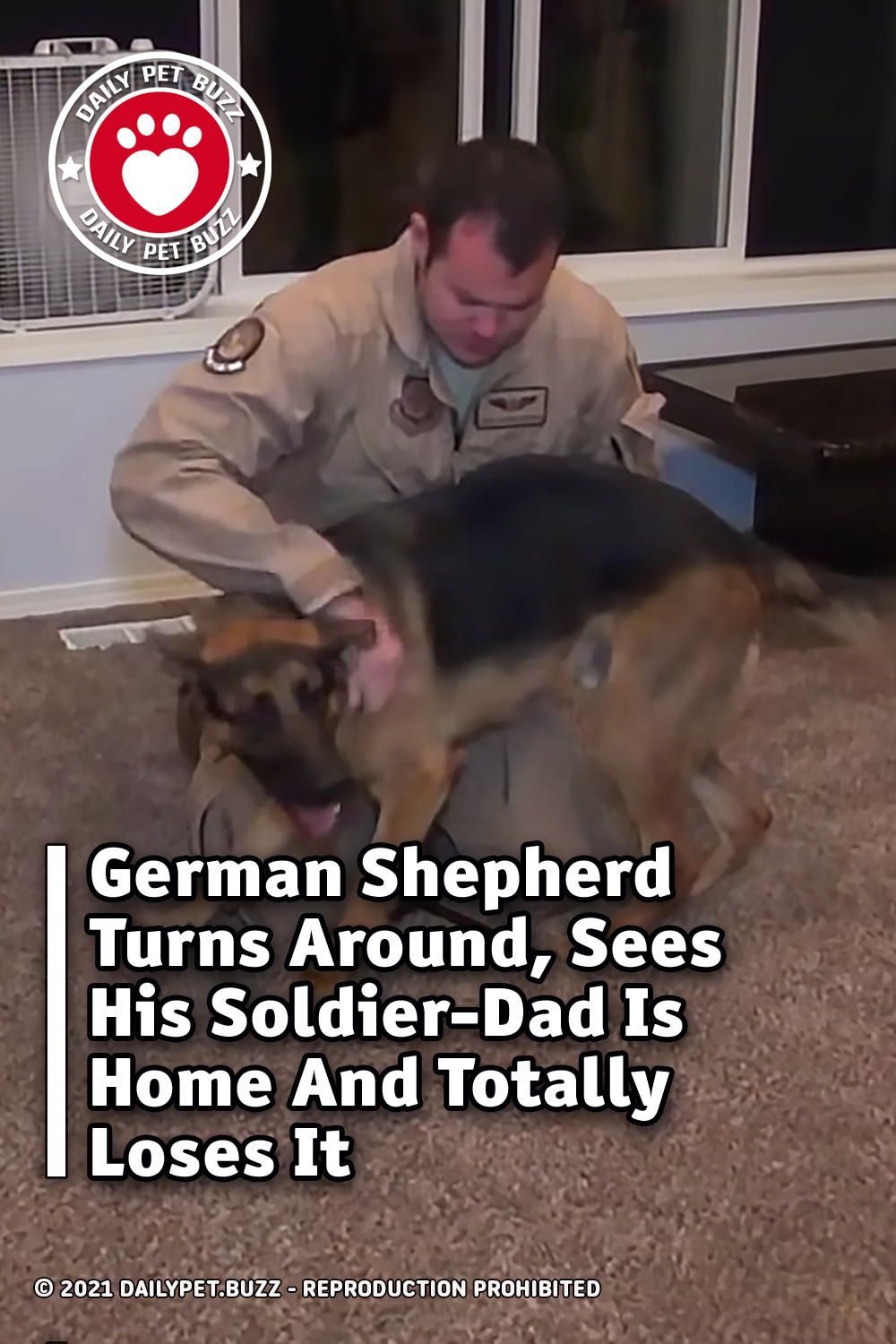