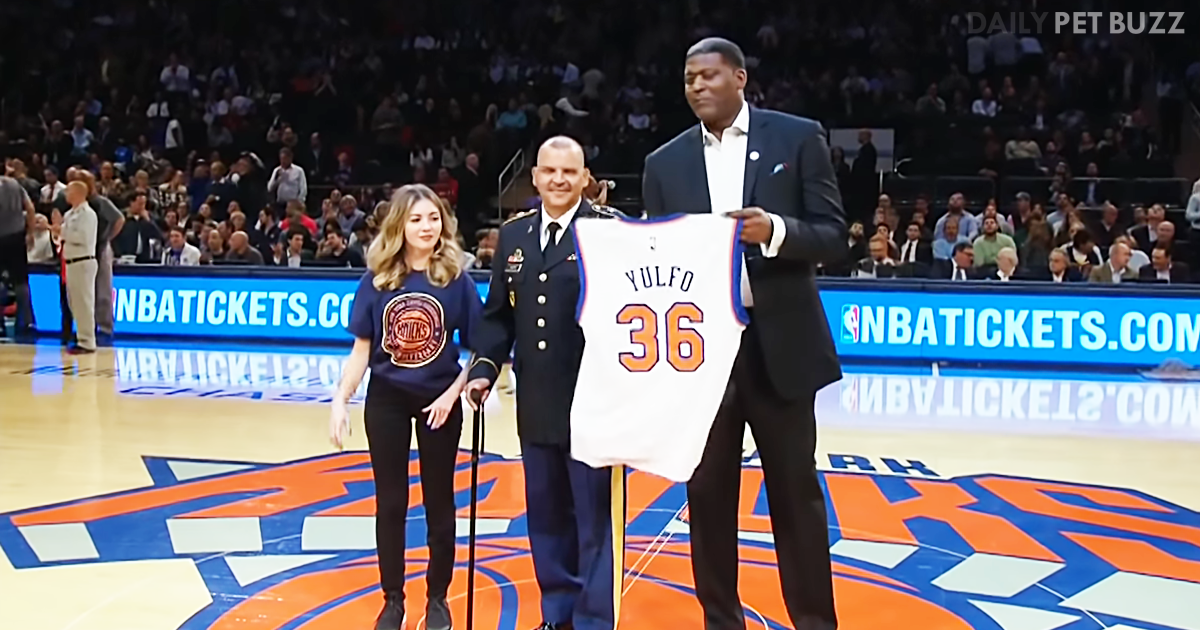 There are many ways to honor our troops, and it’s always heartwarming when an organization like a major sports team comes out to give praise to our veterans. The men and women who serve in the different branches of the military in this country deserve to be recognized for their service. Whether that takes the form of a medal awarded by the president, or a plaque on a wall; remembering what they have done to serve and protect is important.

When the New York Knicks invited an Army Sergeant First Class to attend a game as a guest of honor, the way they showed their appreciation was second to none. Luciano Yulfo served the United States with his time in the Army. He was discharged from the service with the rank of Sergeant First Class, after being injured during a term in Afghanistan.

Due to his injury, Yulfo now relies on a cane in order to get around. The Army works to provide injured veterans with service dogs when they come home, but the program is too small to meet the demands of its participants readily. As a result, veterans often find themselves on the waiting list for service animals for years, sometimes.

Yulfo himself had been on the waiting list for 18 months. When he went to the Knicks game, he figured he would be honored by a jersey or some similar token of gratitude. Instead, when he was called onto the court, the organizers of the event presented him with the one thing he’d been waiting for: a beautiful service dog named Murphy.

At the sight of the dog, Yulfo fell to his knees, overcome with emotion as Murphy rushed over to say hello. Check out this moving introduction in the video below. This was an exceptional gesture that will forever impact Yulfo. 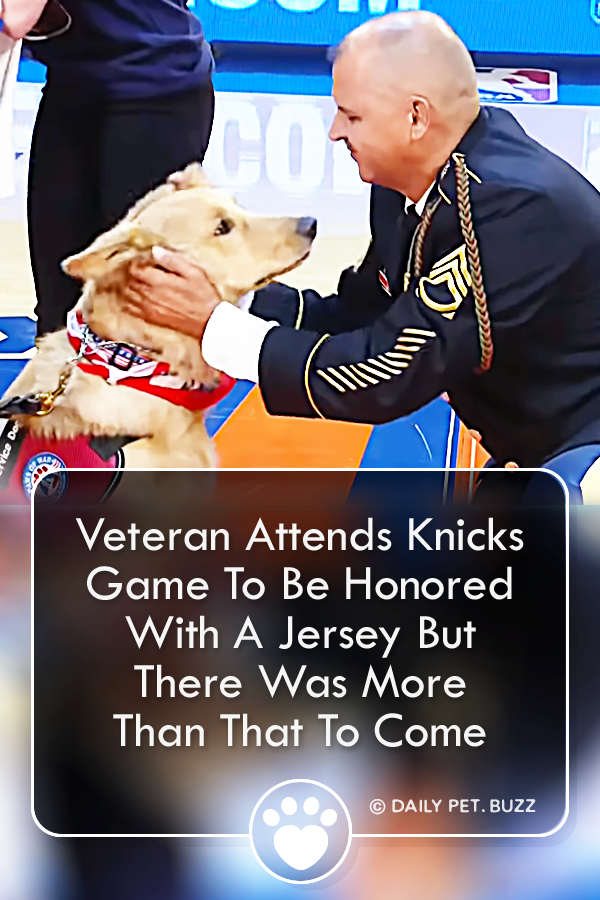