Arizona’s Tonto National Forest has been home to a number of wild horses for nearly 100 years. They are one of the most famous wild horse herds in the country. But this could soon be history. The Forest Services has announced that it will round up the Salt River horses in less than a week from now. This has engendered a lot of rage and outcry amidst the public, many of whom are signing a petition to stop it from happening.

According to Forest Service, the wild horses that roam the Tonto National Forest near the Salt River are creating both a danger and a nuisance. Several of them have been killed in car accidents on the Bush Highway northeast of Mesa, while others have trampled campgrounds.

It is estimated that there are about 100 horses in the vicinity. The Tonto National Forest has placed a Friday deadline on letting people claim any stray horses from the wild herd. After that, Forest Service officials will round up the wild horses and remove them from the national forest land.

The forest service is claiming the horses are a safety concern, even though nothing has ever happened. Children were playing in Butcher Jones Park and there were wild horses nearby, so they feel it is just a matter of time before someone gets hurt by the horses.

Watch the story in the video above! Do you think it’s the right thing to do? Let us know your thoughts about this issue in the comments section! 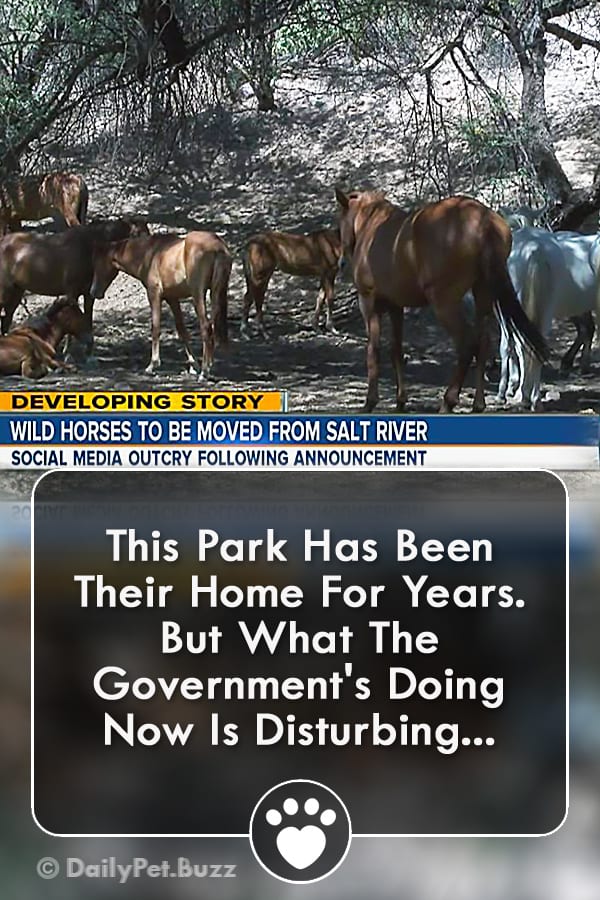