œBondi Beach’ is a series of videos that show lifeguards at the Australian Beach conducting rescues of people of all ages. It’s a vital job, since many people overestimate their own swimming abilities or a child might suddenly become fatigued and start drowning. It’s imperative that the lifeguard remain alert, since a few seconds can literally mean the difference between life or death. This video, which centers around a lifeguard named Terry, who sees a little girl flailing in the water.

Terry, upon seeing this, immediately springs into action. The girl doesn’t seem too far from the beach, but she seems to be out of the flags that show where the water is safe. No matter – Terry is going to go out and save her. He races over to a large surf board, grabs it and dives into the water with it. There’s no time to waste ” he estimates that there’s only about 30 seconds before this girl is going to go under to drown.

There’s a camera on the surfboard, so we get a water-level view of Terry stroking towards the flailing girl. A few seconds later, he plucks her out of the water.. she looks like she’s about eight or nine and the two of them sit on the board for several seconds to rest before he turns around and brings her to the beach and the arms of her waiting, and worried mother. All in a day’s work for Terry.

Though that’s not entirely the case. There’s a personal element to what he does here, since he lost his son a week after childbirth due to his being stuck in the birth canal for too long. Perhaps he sees his child every time he saves one. He must wonder, ‘What If?’ each time, but he’s burying his pain with his work. Fortunately, his work is saving others, so he brings relief to those through his own grief.

I wasn’t expecting this video to be as emotional as it was. How about you? Have you had any similar experiences at the beach? Tell us all about it in the comments section. Also, we’d love it if you ‘Like’ us on Pinterest. 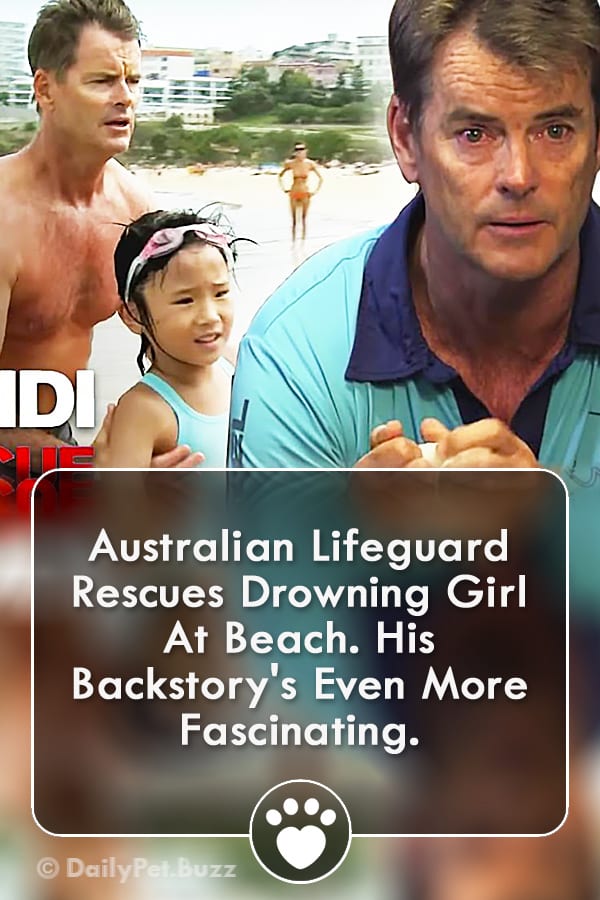