Can you imagine seeing your life turn around as fast as James Bowen’s did? He went from being a street busker in England, barely able to live on the money that kindhearted strangers to going to a book signing where people lined up around the block – to see him. Well, not really him, they were there to see the cat that changed his whole fortunes. The real guest of honor there was a former street cat named Bob.

Bob had come into James’ life when the busker found him ill outside. He brought him in and nursed him back to health. After the cat was better, he brought him to his usual street corner and started playing. There was an immediate change ” people started dropping money in his guitar case ” a LOT more. They also wanted pictures with Bob, and that’s what catapulted (no pun intended) them to fame.

Soon, after this continued for a bit with no discernable waning in interest, James signed a book deal to write about the story of him and Bob. It skyrocketed up the British bestseller lists and took him to many media appearances and the aforementioned book signings. At the time of the video, the book was going to eventually arrive in America, where it wound up being made into a movie that garnered a lot of positive reviews.

There’s talk of fate, and this scenario is one that makes an argument for that. Supposed it wasn’t James that found Bob? Then none of this would have happened. There are a lot of feel-good stories out there, but this one just seems really special, and I’m glad that we were not deprived of it unfolding. May James and Bob continue to thrive for a long time. A story like this give us all hope.

Wasn’t this incredible? I wonder how many people want to go grab their cats and stand on a street corner with a guitar? Somehow, I don’t think it would go as well. What do you think? Please leave a comment and also ‘Like’ us on Pinterest. 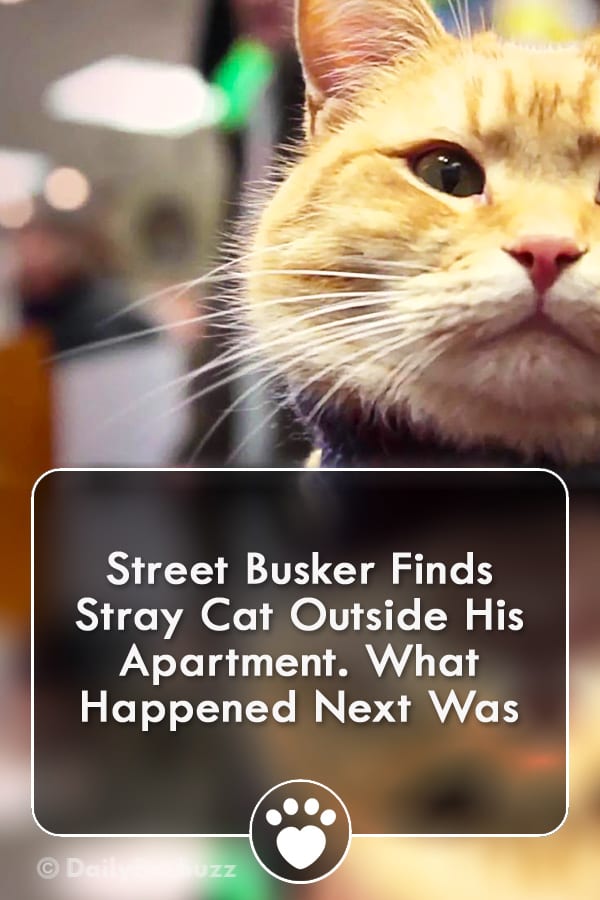