If your day is boring, dull, hum-drum, draining, same-old-same-old, gray or just plain depressing, what could possibly brighten things up? How about a few wagon loads of puppies!

The Purina dog food company wanted to show the world the power of puppies, so they teamed up with the creative ad agency SoulPancake and made a really wonderful video. In it, puppies are introduced into mundane settings: a preschool classroom, a retirement home, and a gym. It doesn’t take long for the puppies to have everyone laughing, smiling, enjoying the moment and forgetting their cares.

As SoulPancake explained: “We love mashing up creative stunts with happy surprises. So we came up with this idea that we would show up to several ordinary locations with armloads of puppies and document what happened. We picked a CrossFit gym, pre-school and senior citizens center so we could show that no matter what age you are, or frankly, what you’re doing, the power of puppies can make everything better.”

Keither Peterfeso, Brand Manager at Purina described the project: “We wanted to celebrate the launch of our new Puppy Chow Natural formula by demonstrating the power puppies have to naturally brighten anyone’s ordinary and mundane day. SoulPancake is known for creating uplifting and inspiring content, so we’re happy to team up with them on this project.” The company also announced that for every view the video got, they’d donate a pound of dog food to Rescue Bank, a group that provides supplies and other assistance to animal shelters. A whopping 500,000 pounds of it was ready to be donated!

People do like puppies: the video has 4 million views and counting. We’ve posted it below. Let’s hear what you thought of it in the comments at Facebook. Like and share so your friends don’t miss out on the power of puppies! 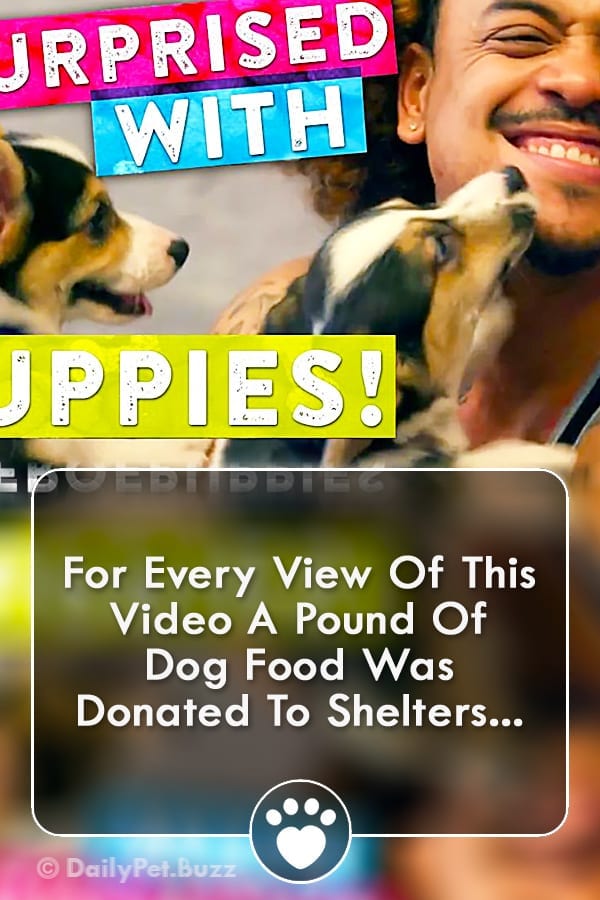