Lorenzo, often called the flying horseman, is a French equestrian artist who has managed to take the world by storm with his incredible performances. His unique stunts on stand-up dressage performances have earned him a large fan following. Lorenzo has attended many international events as a featured performer too.

This incredible man began trick riding on his Camargue pony at the age of six. When he was around eight years old, he had already given his first performance. The following routine is from the 2011 Stockholm Horse Show. In this clip, Lorenzo dazzles his audience with the help of his gorgeous band of horses. You can see that there is a lot of love and trust between each one of them.

He starts out with his trademark stand on the back of two horses, with no saddle and no bridle. He’s using a device, not a whip, to lightly touch the horses to cue them on where to go. Not only does he stand with one foot on each of them, they run and jump with him on their back. It’s incredible.

In the middle of video is an amazing stunt. He is standing on two horses facing different directions. Two by two, other horses join the lineup and face opposite directions, and with one light touch, they begin rotating in a circle. Amazing and beautiful.

Watch this beautiful performance below! Did you enjoy watching this incredible performance? Be sure to share your thoughts about it in the comments section! 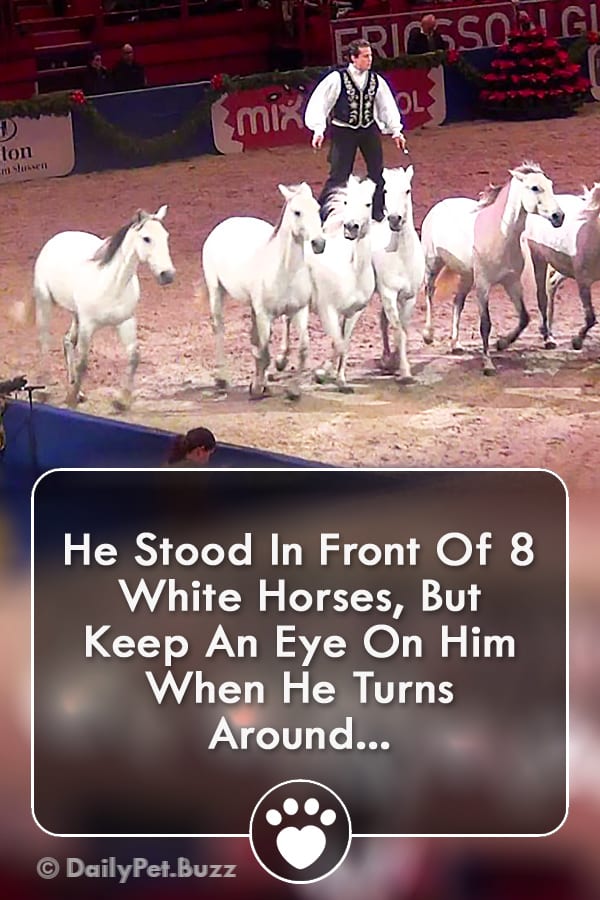