It’s undeniable that dogs like our people food way more than their own dog food. It makes it really difficult for them to control themselves when human food is within their paws’ reach. The delicious smell is too irresistible for them, and if you don’t believe me, look no further than the video above. Fritz is a dog who one day started acting strangely around the kitchen, but his Dad was weirded out because there was never any food within the little pup’s reach. At least that’s what he thought.

He decided to leave a camera on in the kitchen to spy on his dog a little bit and see if he could find out what his dog was up to while he was out of the house. The video above shows exactly what the camera recorded in the kitchen, and sure enough, Fritz was not without guilt, but you will never guess the way he took the food from the counter.

His family always thought that Fritz wasn’t a dog who could jump high enough to be problematic, but when left to his own devices, he is definitely a problem solver and one determined little pup. He’s a good boy, and he’s aware that what he’s doing is very risky for him, but just the possibility of having a whole portion of human food is enough to make this puppy risk it all.

You can watch Fritz’s amazing food gathering skills in the video above and if you enjoy this amusing quest for food, please share it with your friends on Pinterest. 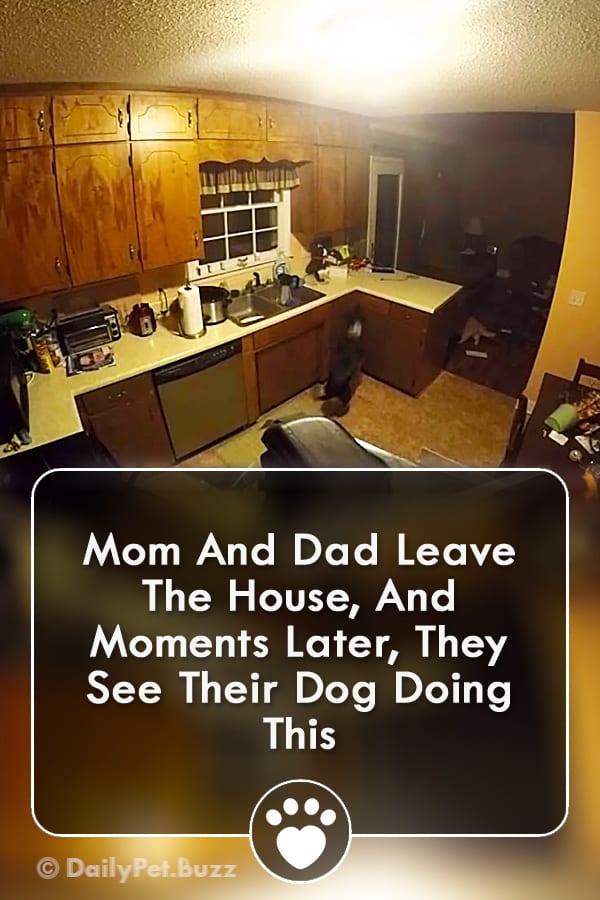