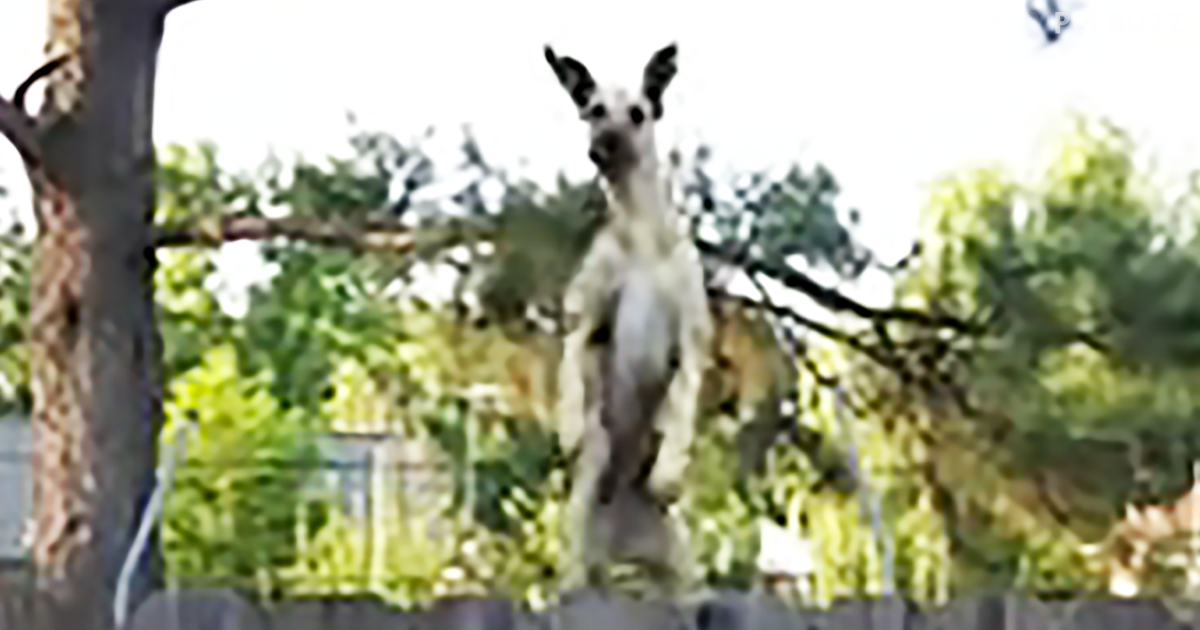 Is this neighborhood watch? More like neighborhood woof! We defy you not to laugh at this video. Passing by their neighbor’s backyard, these people spotted something rather unusual and completely out of the ordinary. An enormous Great Dane appeared to be leaping into the air, soaring high over a 6-foot wooden fence.

How on earth could this be possible? Was someone throwing him? Surely, they can’t jump that high?! What was going on? Upon closer inspection and to their utter astonishment, they discovered that the puppy was actually using a trampoline to launch himself into the air and peek over the divide.

We’d barely be able to stop ourselves from laughing at this ridiculous sight, and it definitely needed documenting to prove it actually happened. The dog is clearly having the time of his life leaping high into the air, but it isn’t a dog-toy you’d automatically think ol’ Fido would play with. Maybe he’s bored with his chewy bones?

However, PetWave mentions that this kind of behavior is perfectly normal for Great Danes – who are extremely large animals even at the puppy stage and enjoy going crazy from time to time. “Young Danes are prone to ‘the zoomies’ – a term used to describe their demonstration of wild abandon and sheer glee that involves galloping, leaping, spinning and jumping on or over objects with an endearing expression of pure joy.”

Well, this was one Dane pup that had a serious attack of the “zoomies” and was having an absolute blast bouncing on his family’s trampoline. He must have been an intimidating sight to a child who wanted to have a go. It might actually be hard to get the pooch to come of it.

Watch the video, and if you’re not having a chuckle, you’re not human. It’s utterly hilarious when the pooch’s snout first comes into view. We can only imagine how funny it must have looked if you were actually there. What a shock you would get while walking by – it certainly isn’t something you see every day. 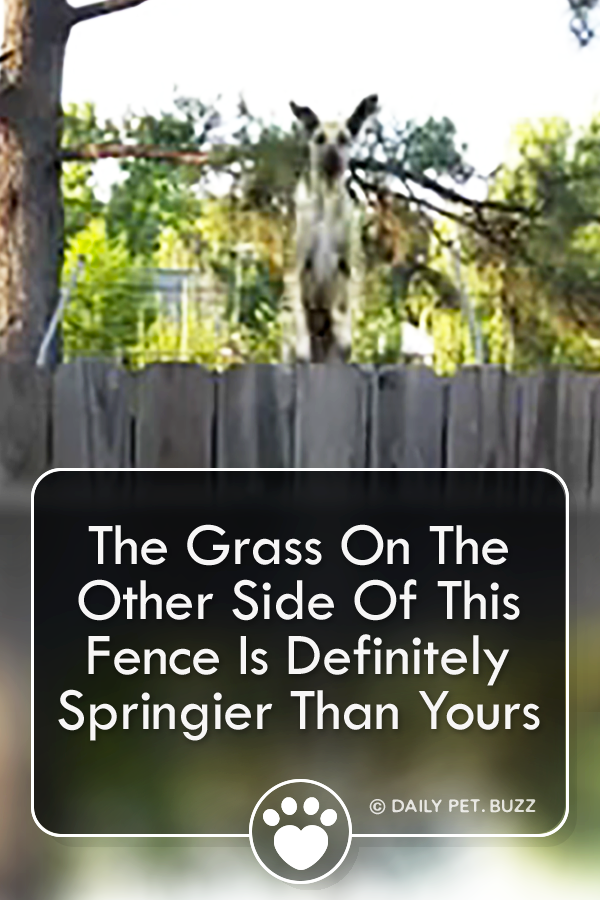