When the animal rescue organization Hope for Paws got a tip-off about a couple of abandoned dogs living under a busy freeway, Eldad Hagar and Vanessa Enriquez swung into action. The two dogs were a brother and sister who had been trying to survive in a storm drain under the road. Although people had been leaving food out for them, it was clear the dogs needed to be rescued. It was also clear that it wouldn’t be easy.

After blocking off one end of the drain with netting, Eldad and Vanessa went to the entrance on the other side of the sprawling highway and crawled through a long series of pipes until they got to the place the dogs were hiding. Not surprisingly, the dogs were terrified. They were cornered and had no way of knowing that these people were there to help. The incredible thing is that the male dog was using his own body to shield his sister from potential harm!

The rescuers tried their best to calm the dogs and also threw in some good, old-fashioned bribery: hamburgers. Normally this would make a dog’s day, but these two were so frightened that they just let out high-pitched growls. After some effort, Vanessa and Eldad were able to loop both dogs, but the job was far from done. As Eldad put it, “I don’t know how we’re getting out of here with them. It was so hard to get in here ourselves.”

Early in the process of getting out, they paused so the dogs could spend time together, giving each a chance to see the other was okay. This seemed to work, as the dogs steadily became more trusting of Vanessa and Eldad. Still, it wasn’t easy to get through all those pipes but they finally made it out the other side. By the time the two dogs had gotten haircuts and baths at the shelter, they were already looking happy and excited. 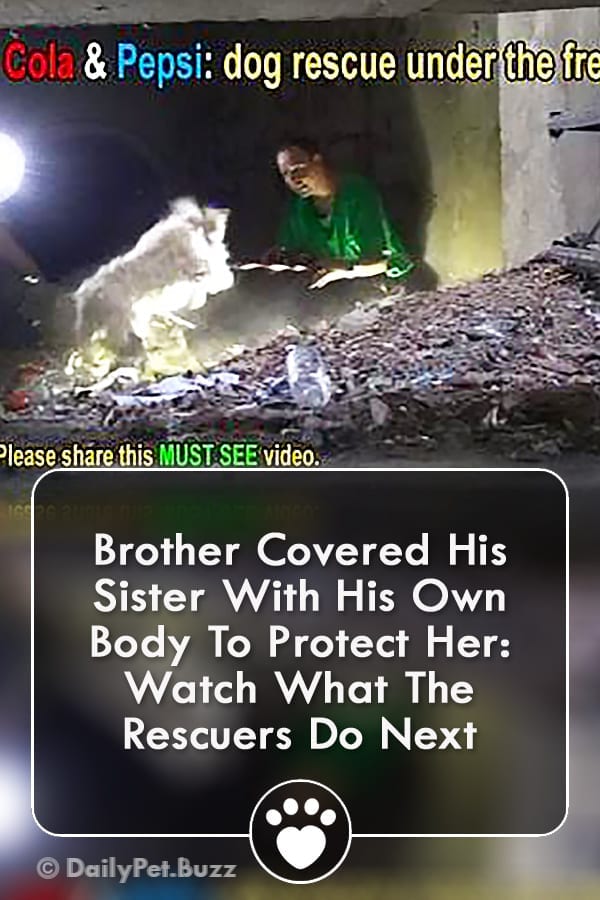