Lots of pets are abandoned all around the world on a daily basis. Each year in the USA alone, roughly around four million dogs are abandoned, among which 1.2 million are euthanized. So it is always heartwarming to see people go out of their way to support these helpless animals. 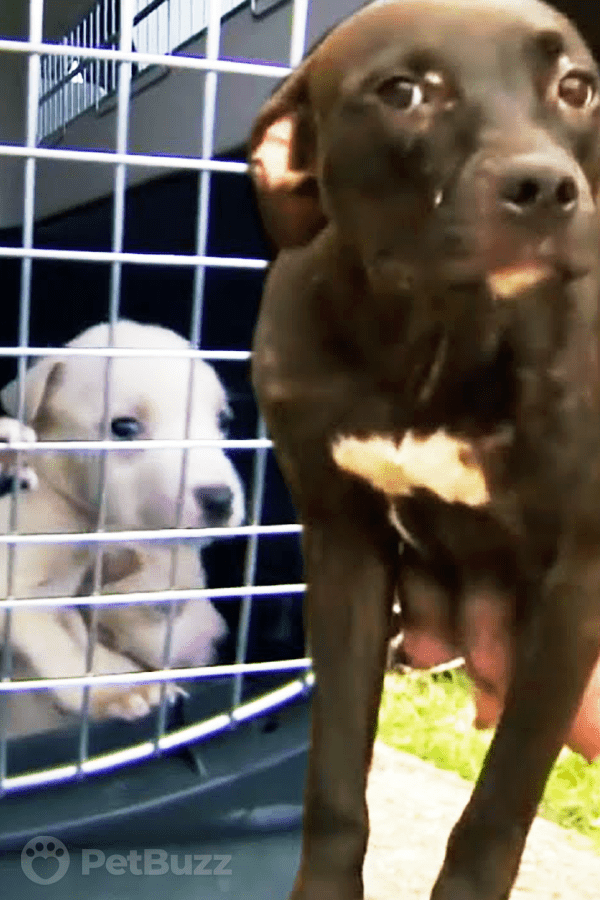 This story comes from an episode of ‘Pit Bulls & Parolees.’ When people noticed a lonely dog roaming the streets in New Orleans, they called for help. The Villalobos sent some rescuers who began looking for the dog. They finally found her, but the poor pit bull was emaciated and in a very poor state, and clearly, she had some puppies somewhere.

This mama dog came straight up to them, looking like she was asking for help and the rescuers began speculating where her puppies might be. What ensues is heartwarming and beautiful!

This mama dog was clearly nursing puppies and looked distressed, and Matt was the first person she went to as soon as he got out of the truck. They put a leash on her, and she led them just 20 feet away to where she lived. The guy who answers the door says she is his roommate’s dog and he’s in jail.

They had to come back later for the puppies due to the disagreeable roommate, but they finally got all five puppies and were able to reunite them with the mama, who is thrilled to have her babies back.

To have been neglected and mistreated like she had been, and still be so loving and trusting of these people, speaks a lot to the character of this dog and these men. 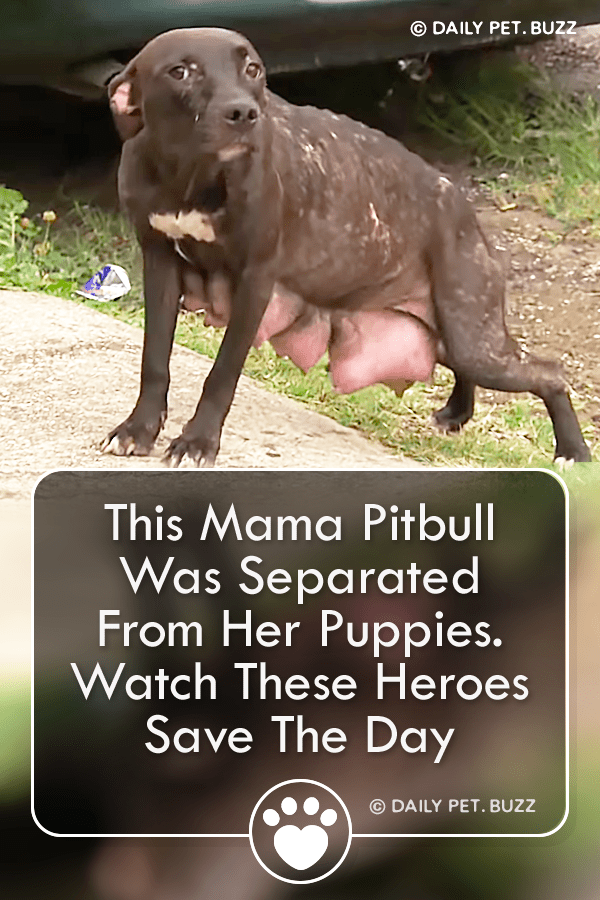