Adopting a doggy is a very important decision that many families make. It’s especially great when you adopt a dog from a shelter, because you get the chance to give a once stray dog a new life. Such was the case of the Esau family, who took in a beautiful pup by the name of Pippin, and gave her a chance for a better future, back in 2014. That was, sadly, until a few days before Christmas eve. Pippin was stolen in a parking lot while the family was shopping, and it made everyone devastated with the loss.

They put up signs everywhere, but time passed, and it seemed like they really weren’t going to see their friend again. Thankfully, the law was on their side. It turns out their family member had been dognapped by a repeated pet stealer, who had been reported several times for other incidents. The police followed an anonymous tip, and the perpetrator was found. After checking Pippin’s microchip, they proved that it was indeed her, and she finally got back to the home where she belonged. Yay! It’s lovely to see justice being made, and families being reunited!

You can watch yourself just below. What did you think of this touching video? Write us a comment and let us know! 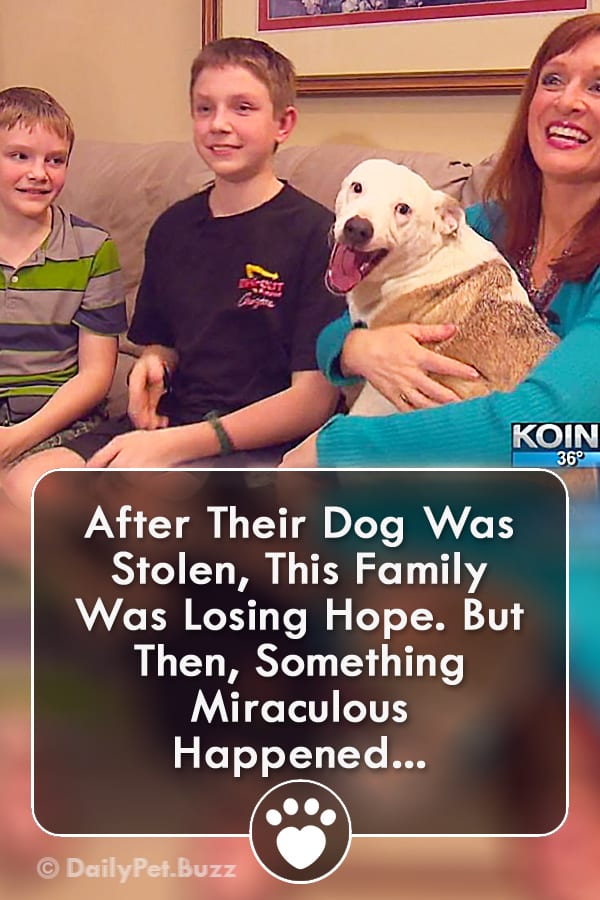