Many people usually consider raccoons to be dangerous animals. That doesn’t mean that they do not deserve the same kind of respect that other animals do. The thing is, when you see them going through people’s garbage, it’s kind of hard for them to shake that reputation off. They are sure cute, but don’t let their cuteness fool you, people say. They will run havoc in your home if you leave them there. Well, not all people think so, and not all raccoons act that way as you will see.

One day, a Wisconsin woman named Gracie Wagg (who goes by the name ‘Kat Wagg’ on YouTube) finds a sick, abandoned baby raccoon. She notices the poor critter is in very bad shape. He is suffering from abscesses, dehydration, and even a parasite problem. Most people would just get rid of the animal, call pest-control or get someone to help them scare the animal away.

Gracie, however, knows that she must do something to save the raccoon’s life. The raccoon will probably not make it on his own. Especially because he looks very sick. He looks like a little ball of fur. He can hardly walk. Most definitely he is needing some TLC. She and her husband decide to take the critter home with them. They even named the little guy ‘Loki.’

Gracie and her family end up doing everything they can to help poor Loki recover. This includes bottle-feeding him each and every day until the raccoon has fully recovered. He seems to be very at ease with the family. He is not treated like a pet but as one of their children. They make sure he is not needing anything and is healthy. Loki cannot be more in love with his family! They insist he is not a pet.

Gracie and her family are very careful to make sure that Loki has plenty of opportunities to leave. They don’t want him to feel that he is imprisoned there. They even allow him to use the doggy door. The family is told that as he matures, he will become more aggressive. So, everyone in the Wagg family lets him come and go as he pleases.

Loki is always perfectly happy to spend his days with his wonderful family. He does not see them as humans, but as the ones who took him in when he was most vulnerable. They gave him their all and thanks to them, he could recover. He in return gives them the very best gift possible. 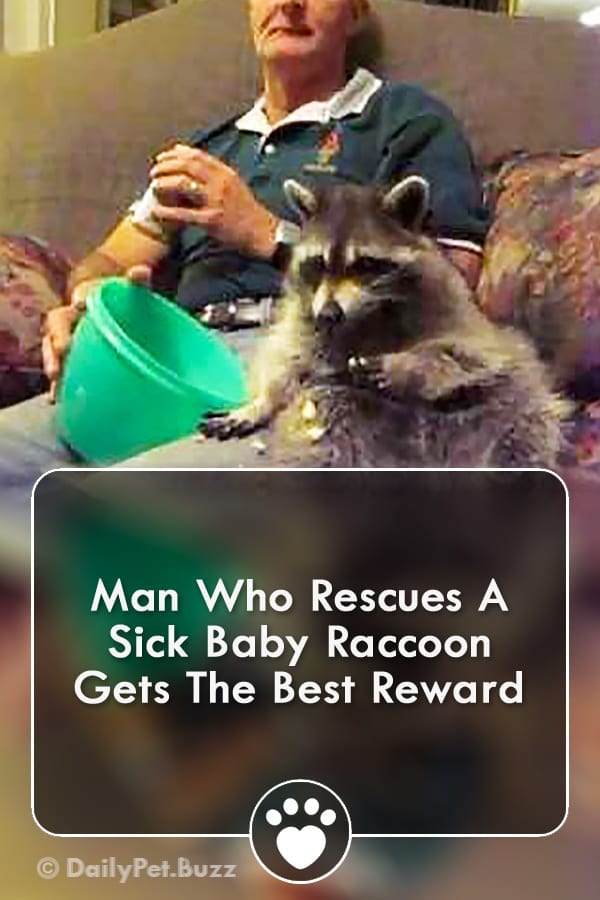