Aggression in dogs is mostly taken as dogs’ own or their breed’s fault. But when we really take a look at how dog’s become aggressive, it is usually the owner’s fault because while dogs are protective, they are not aggressive by nature. There are many reasons why dogs express aggression. One is a protective instinct to either protect themselves or someone else. But unfortunately, one of the main reasons they behave aggressively is because of the way humans or previous owners have treated these dogs. Dogs who are abused learn not to trust humans, and this is really sad.

Alex, this German shepherd featured in the video, has been chained to a fence all of his life. Thus, he has a certain aggression issue which even his new adoptive owner couldn’t solve. That is why a trained individual who has extensive experience in dealing with dogs like Alex was called in for help. He knows that Alex is aggressive because he has been constantly chained up and likely feels a need to defend himself since he can’t run. But he knew that beneath that tough exterior, a gentle beast is hiding inside. It certainly is a risky operation, but Alex no doubt deserves a second chance.

Watch what happens when this man relieves Alex from his chains. This rescue is worth a watch. Let us know what you think about this video in the comments. We’d love to hear from you! And share this great rescue story on Pinterest so others can see this happy ending. 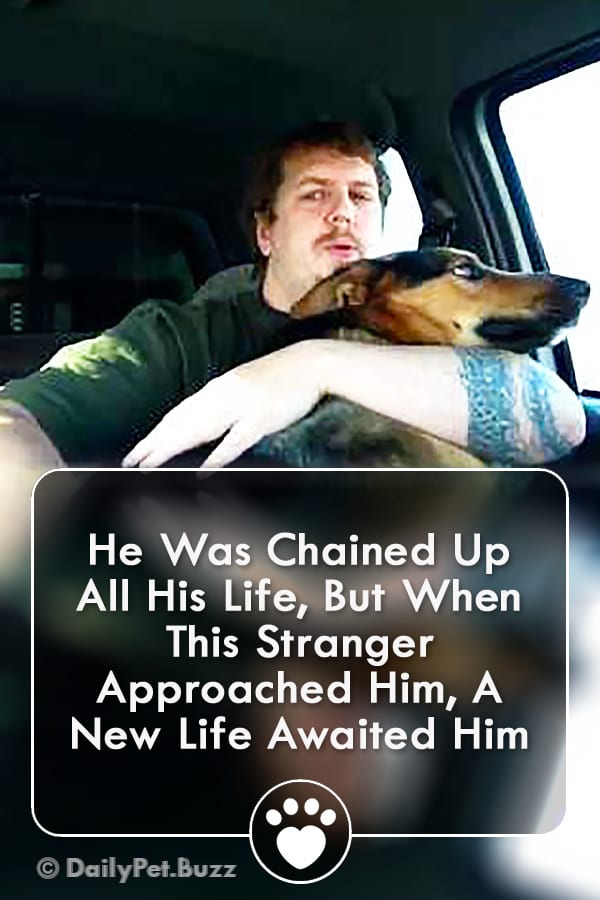