Caleb Howard got in a head-on car collision when he was just six years old. This terrible accident put him in a bad state. He had broken bones and suffered from a traumatic brain injury. His parents did not have any idea if he would be able to recover or even survive. It was suggested that a therapy animal should be used for Caleb’s recovery. Desperate for any signs of improvement, they agreed.

That’s how Kernel came into Caleb’s life. This follows their journey. After his interaction with the dog, Caleb has an immediate boost in awareness. He played fetch with Kernel and gained control over his hands. He gained mobility by taking his canine buddy for short walks. Their bond definitely marked a turning point in Caleb’s life!

In this clip, you will see how the two met and the transformation that took place in Caleb’s life. We see the first time they met when Caleb is in his wheelchair. As soon as he sees Kernel and feels his touch, Caleb responds and the family knows this is going to work.

Later in the video, we see Caleb a bit older, still with Kernel, and he is actually throwing a ball for Kernel to fetch, and working really hard to walk to Kernel and talk to him. His progress is amazing. I could not have imagined that a dog could make this difference in a little boy’s life. There are two heroes in this story and they are named Caleb and Kernel.

Watch their beautiful relationship in the video above. What are your thoughts about this? Share it with us in the comments! 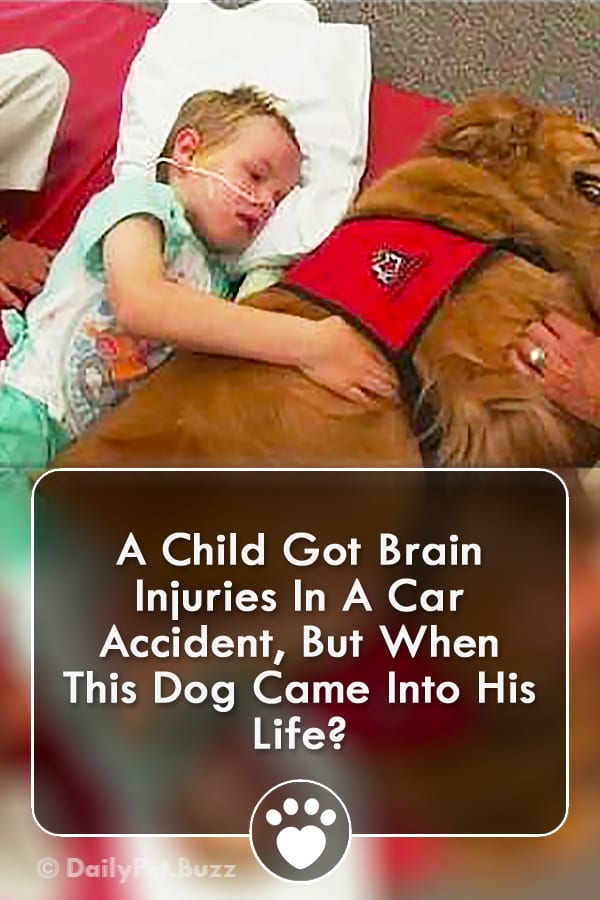