While it’s true that almost every dog is a natural master of the popular doggy-paddle swim style, the dogs featured in the following video have found a new and hilarious way to get around in the water. You’ll have to see their incredible swimming style for yourself down below, and when you do, you’ll wish you’ve gotten your dogs in the water sooner.

A dog parent took her two dear dogs to a pool specifically made for dogs, and decided to film them as they were enjoying the sunny day there. However, she definitely wasn’t expecting the dogs to do anything except swimming. But to her surprise, the first dog that jumped into the pool just stood completely still, on his back legs, like a human! Apparently he thinks he is human as soon as he jumps in a pool, and he seems to want to keep his head above water.

The other dog, a black Labrador, quickly jumped in the fun and joined his friend in the water, and he tried to paddle swim first, but he quickly realized that it was much easier to just stand on two legs like his friend, as if they were people! Maybe not all dogs are good swimmers! I’ve never seen such a hilarious pair of dogs enjoy the water so much, and their innocence is just irresistibly sweet.

Enjoy this amazing and hilarious video of two dogs enjoying the water together, just below and please share it with your friends on Pinterest. 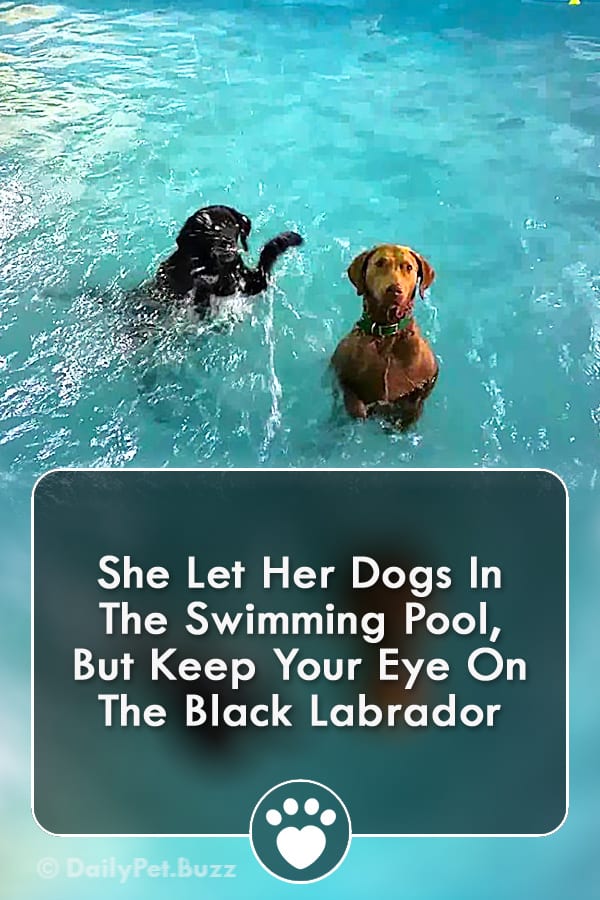