Corgis are a cute breed. Their bodies are sort of disproportionate with their legs being exceptionally short for their lengthy body, but it just adds to their charm. They are known to be agreeable, sensitive, and friendly. And this corgi here shows that they apparently like to have great fun as well!

This corgi featured in the video is shaving the time of his life playing the waterpark! He can be seen running and jumping around all over the place. He can’t seem to get enough of the water! He even tries jumping with his little legs to catch the falling water. He looks so happy!

This water park has tall poles with little buckets hanging from the top. As the buckets fill with water, they become imbalanced and tip over, but not all of them tip over at the same time. This dog seems addicted to figuring out which one is going to tip over next so he can run under it!

He’s pretty good at this point at catching them all. There are other water features, like a dancing fountain that spouts up out of the ground, but he isn’t interested in running through that. He’s all about the buckets dumping water on him. He’s so cute running around. Lucky for us, his humans decided to film it and share it with us.

Watch this cute video above! Isn’t the look on his face priceless? What are your thoughts about it? Let us know in the comments! 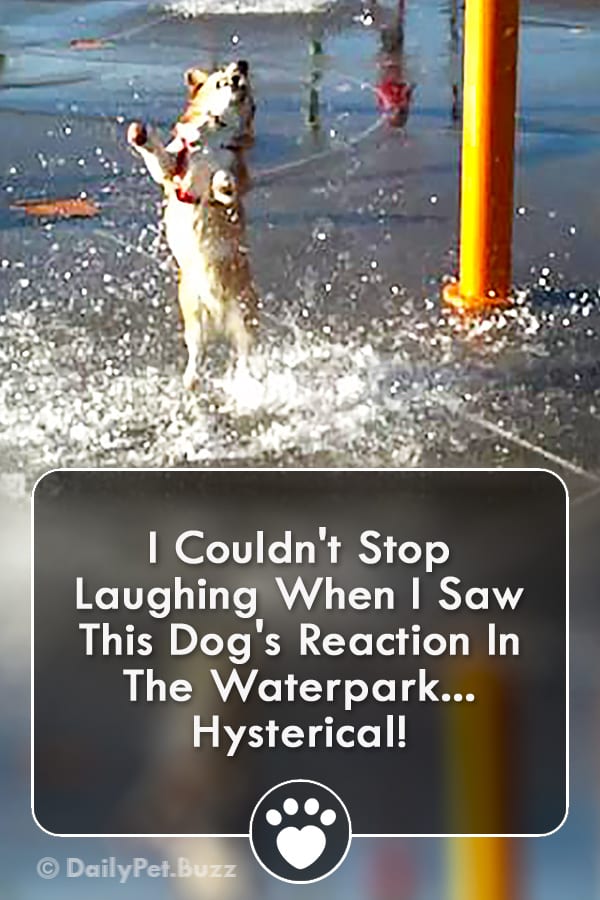