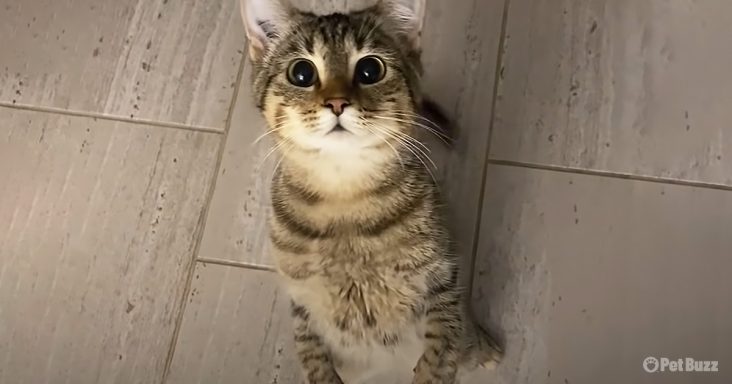 Jayme is a mom to five cats and a dog. She has been fostering cats for a while now. However, one of the cats, Rosie, is pure mischief. Jayme’s boyfriend had found the kitten on the streets and decided to bring her home.

The kitten had been following Jayme’s boyfriend around everywhere and was meowing and making a scene. So, he asked Jayme if he could bring her home, to which she gladly agreed.

Since she was a kitten, Rosie always had a habit of hopping around like a kangaroo when Jayme got her food prepared. Rosie would hop around and look at her with those innocent eyes.

The kitten would just stand on her hind legs waiting for Jayme to serve her meals. Rosie was small and had a little bit of pot belly, so she would tumble over when standing on her hind legs.

Rosie just had such a massive personality in such a small body. She loved to stand and hop around. This would make her look adorable and innocent. Jayme thinks food will always be her number one love.

Jayme is aware that Rosie is an amiable and social cat who has got along with all her cat siblings and is also comfortable with Jayme’s pet dog. All her pets share an incredible bond.

Jayme has never had a cat that stood on her hind legs and looks so excited when served meals. Of course, her other cats are also happy, but they don’t compare to Rosie. She loves her treats and knows when she can expect them. Jayme is glad to see Rosie warm up in her house and become such a loving cat. 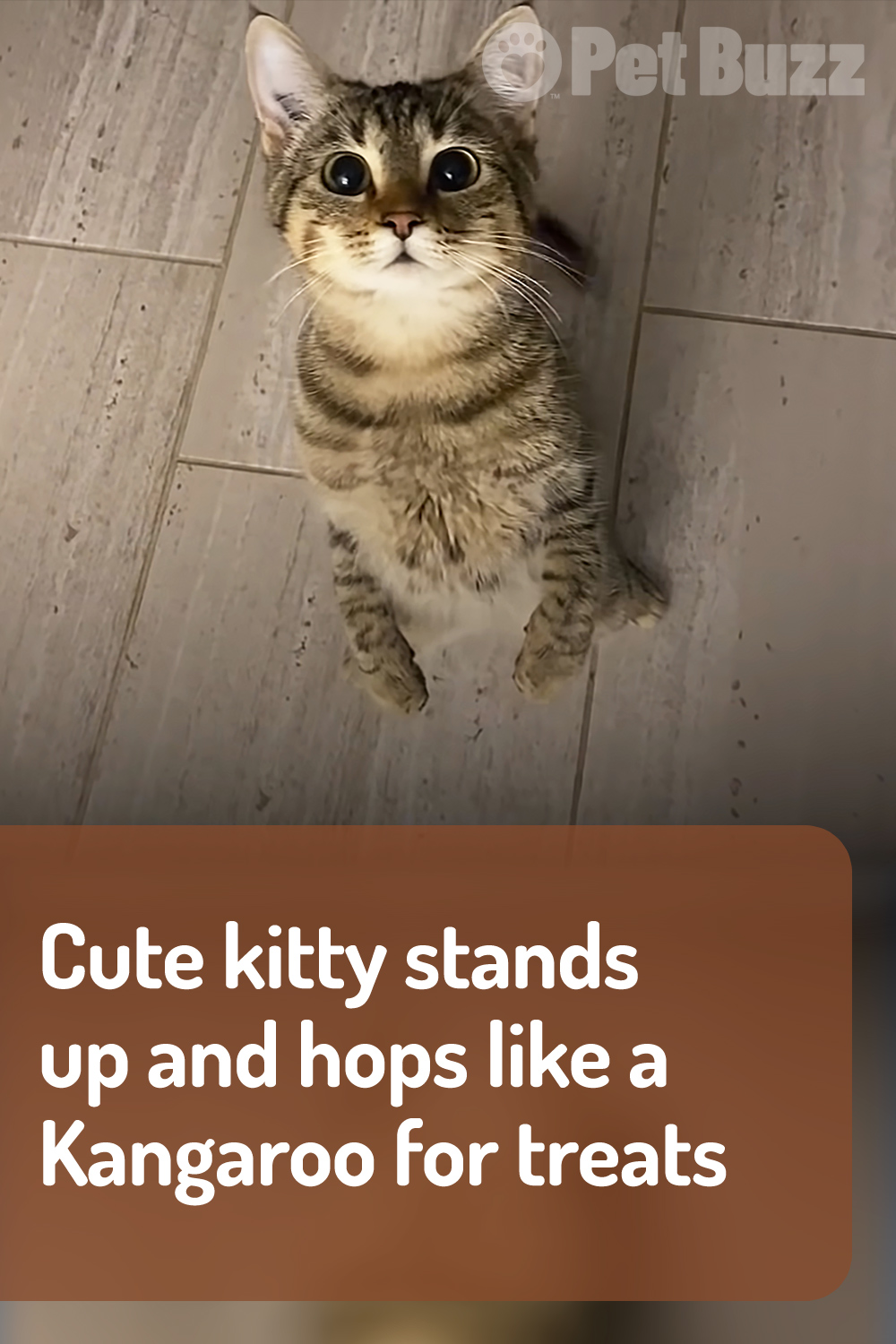