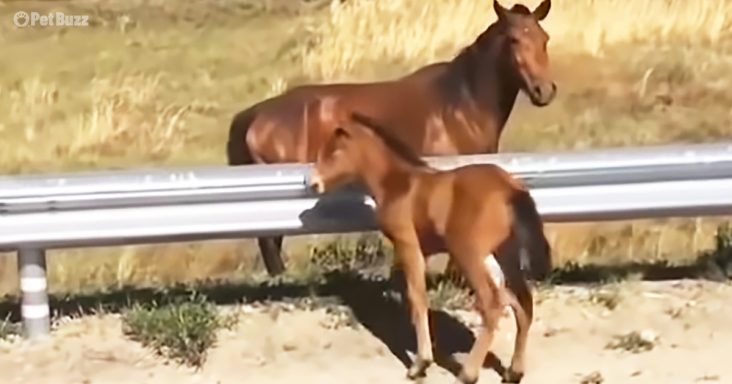 While driving through beautiful country scenery, a man noticed a baby horse running alone in the middle of the road. At first, he couldn’t see any other horses nearby.

The man carefully drove up next to the foal and tried to comfort the scared creature. The foal cried and took a few steps away from the man’s car.

It was unclear how the foal got in the middle of the open road, but a family of horses was spotted on the opposite side guardrail. They were nervously looking at the lonely baby.

The foal had no way of getting over the railing on his own. On the other side, several horses kept their distance because they were scared of the man.

As soon as the foal spotted his mother, he got close to her by the railing. The man approached the foal without fear, and he knew he had to do something.

The man tried to pick up the foal, but the baby ran away in fear. Thankfully, the kind man carefully wrapped his arms around the baby horse and lifted him.

It wasn’t an easy task since the foal struggled, and he was still a big animal even as a baby. Over the guardrail, the foal is lifted and lowered and reunited with his family. 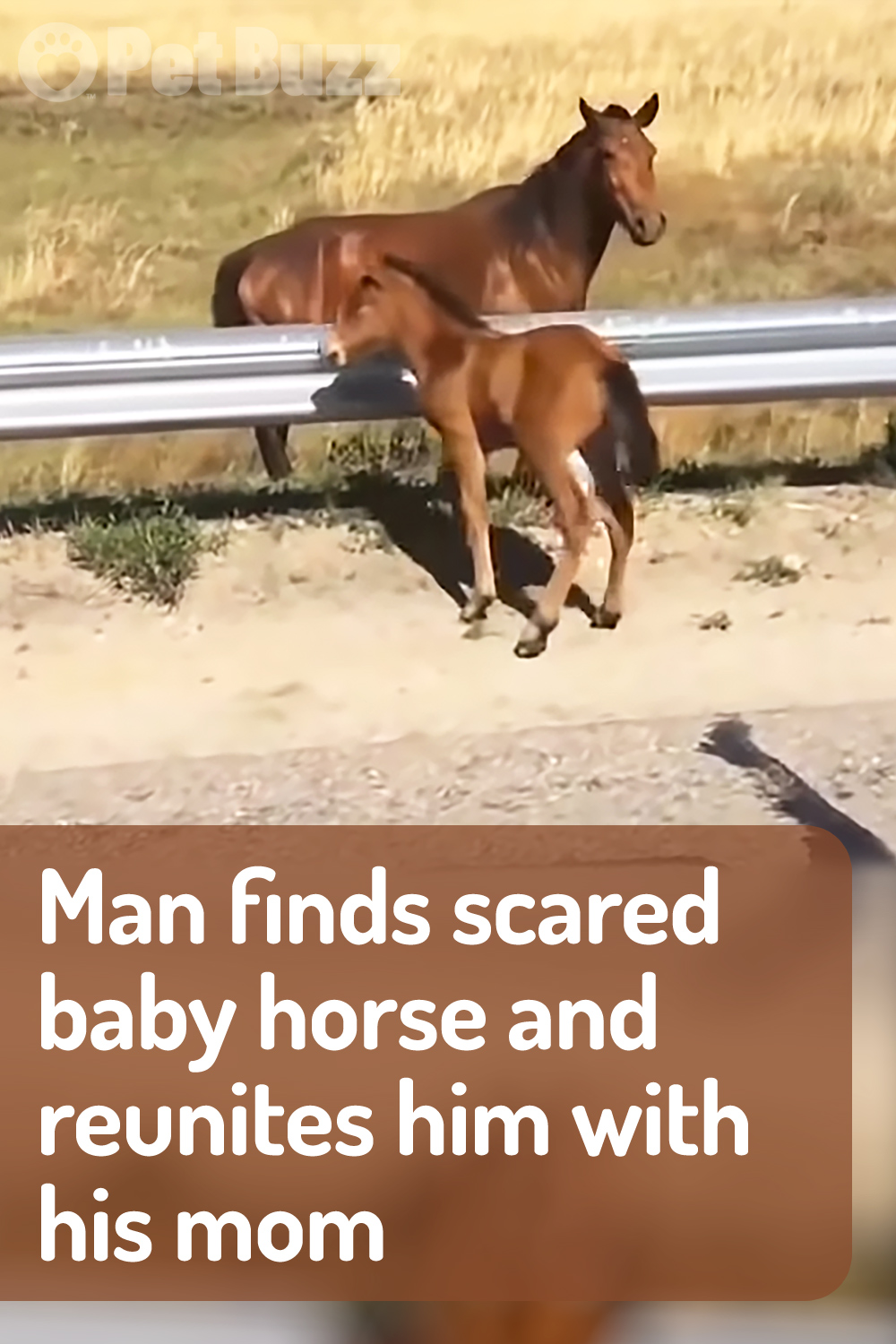