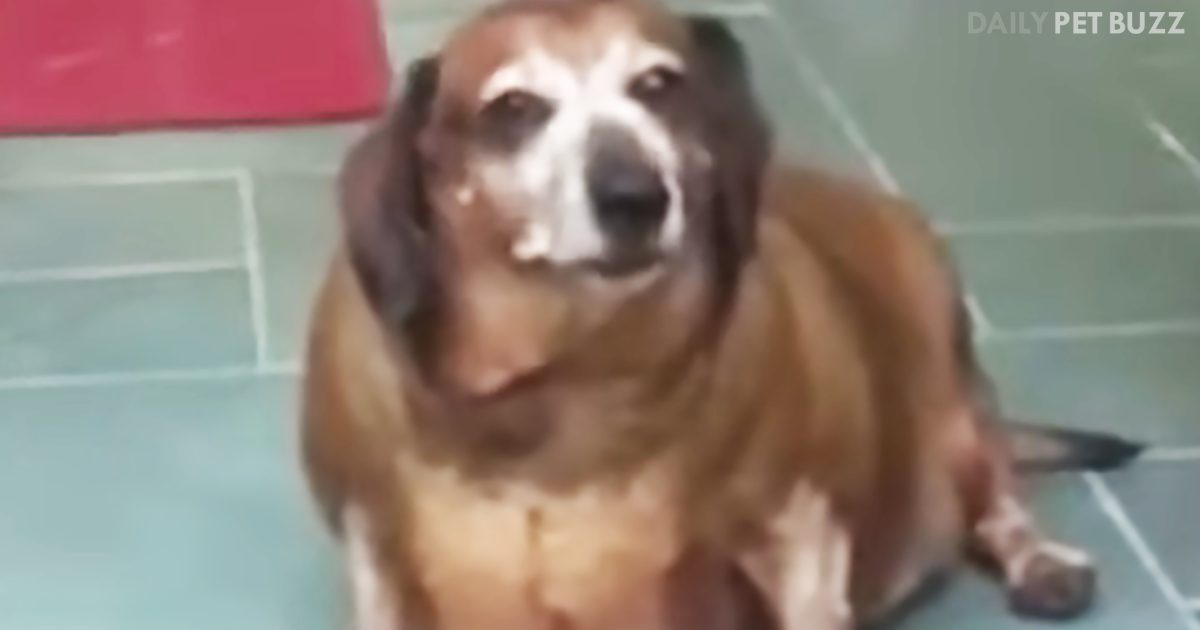 Some people spoil their dogs by giving them human food. It’s not fair to the pooches, because their digestive systems are not equipped to handle food like that. Also, like people, they can wind up getting high cholesterol and even diabetes. So, stick to giving them dog food in decent portions. Doing anything else is just asking for trouble – and high veterinarian bills, especially when they get older. Like the dog we see in this video.

Vincent was a seven-year-old dachshund who came to a Houston animal shelter because his previous owner had passed away. Judging by the look of Vincent, who was more than twice his normal weight, I think I know how his owner died. Apparently, he had been given fast food, and he even got excited when driving through a Starbucks drive-through – if he had barked ‘VENTE LATTE!’ I would have passed out laughing.

Though, his poor shape is not funny. There was hope for him, though – his new foster mom had him eating regular dog food and was having him exercise by swimming around in a pool. He had even worked his way up to swimming for 15-20 minutes at a time and had shed three pounds. That’s a good start.

The video was uploaded in 2015, so hopefully, he’s a slimmer, trimmer dachshund today. I’m thinking good thoughts. Vincent reminds me of a dog that a neighbor of mine had. His name was Maxie, and he was a miniature schnauzer. Nice dog, but good grief, he was a blimp. I was amazed that he could even waddle across the street to our place. I don’t know how long he lived, but it was probably truncated even by dog standards. It’s too bad because he was SO friendly.

I hope this dog manages to shed those pounds – Have you seen such a heavy dog before? It’s a good thing that he’s getting help. Check out the story of Vincent below – in my opinion, letting an animal get like this is a form of abuse; but, Vincent is well on his way to being fit and trim soon.