When you put babies and dogs together, nothing is cuter than watching them interact and bond with each other, and this video is proof of exactly that. Dogs seem to sense that a child needs extra care and patience and they often take on the role of guardian for the children in their household. I think that’s what has happened between this boy and this incredibly patient Labrador retriever. This friendship between this toddler and his dog is very touching and adorable at the same time.

This video was captured by a dad for his son, as a memory and reminder. He has recorded many emotional moments between his son and his dog. Most of the clips from this video have been taken secretly as to not disturb the flow of friendship between these two. And I think he did the right thing. We can observe the natural relationship between these two friends.

In this clip, the little boy and the retriever are outside enjoying the day together, and the dog seems to be the boy’s primary source of entertainment. There are no toys, just the boy and his dog. The dog is obviously older than the little boy and watches his every move, making sure he doesn’t get into trouble. He is also incredibly patient with him, even allowing him to climb on his back.

Dogs are gentle creatures if they are given pure and innocent love. Let us know what you thought of this video in the comments. We’d love to hear from you! 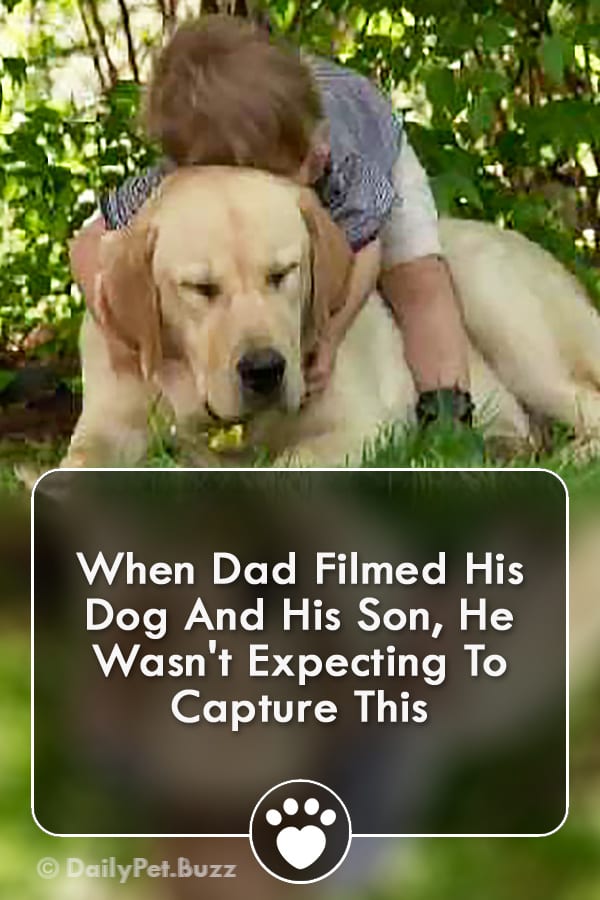