As every dog parent knows, dogs like to be where the family is and in the same space, including sitting where we sit, even if there’s no space for them or if they know they are not supposed to be on the furniture. They are just like humans in that they always want to be where they are not supposed to be. But every now and then, they make sure to show us their distinctly canine side by reacting in a way that only dogs can. The dog in the following video is called Bentley, and he’s a perfect mix between a human toddler and a spoiled puppy.

Bentley loves to sit on the couch, especially when his humans are around, but apparently his mom has just finished cleaning it, and he was not being allowed on the couch.  The following clip captured the moment Bentley tried as hard as he could to get up on the couch, but his owner wasn’t giving in. He’s not shy to show how much he loves the couch, and he just doesn’t care about his mom’s cleaning duties.

It’s amazing how after living for a while with us, we get so used to treating them like part of the family, that even they are surprised when we try to treat them like animals. If only Bentley could understand how hard it is to clean dog hair off a couch!

Watch this hilarious moment in the video above. We’re sure you’ll love it. Don’t forget to share it on Pinterest while you’re at it! 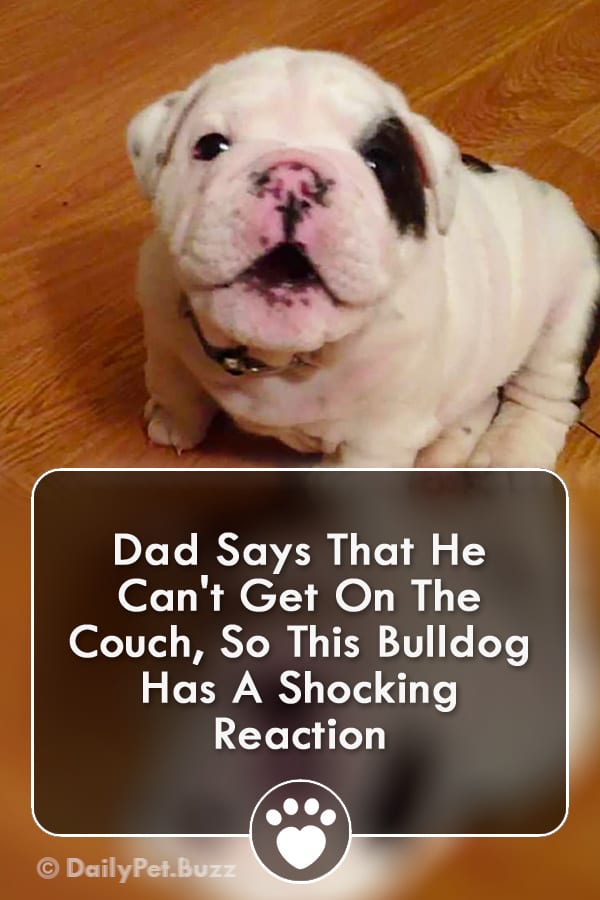