Drive time between dog and parent can be a fun time. There are tons of videos that show them singing along to music. Oftentimes the dog is the better singer than either their mommy or daddy. That doesn’t stop them from having their fun. Then other times, they have ‘conversations’ that can seem remarkably real. Take this video, for example. We even learn a dog’ favorite sports team.

Apparently, the dog was upset at her daddy for driving away from the dog park earlier than she would have liked. The dad had enough of the complaining and started yelling – in a goofy way, not in harsh tones. Of course, that sets off a conversation between the two. The end of the video has him asking if she likes the Houston Texans. She seems to say, ‘I love the Texans. I love the Texans.’ Maybe she’s a big football fan.

The funny thing is the first thought that popped into mind when the dog ‘talked’ ” she sounded like some disgruntled elderly person complaining about something. Some people commented that it sounded like she said, ‘I don’t love you!’ at one point, but then she licked him, so who knows? It’s clear that the two of them adore each other and get along really well ” the yelling is all an act.

The only thing that annoyed me, and it seemed to annoy a lot of the other commenters on the video is that the dog was roaming around the car unrestrained. That’s a recipe for disaster if she decides to climb in his lap while he’s driving. Hopefully he also has the phone in a holder on the dashboard rather than driving with one hand and holding the phone with the other. Other than those two things ” great video.

If you asked your dog who their favorite football team was – what would be the answer? We’d love to hear the answers in the comments section! 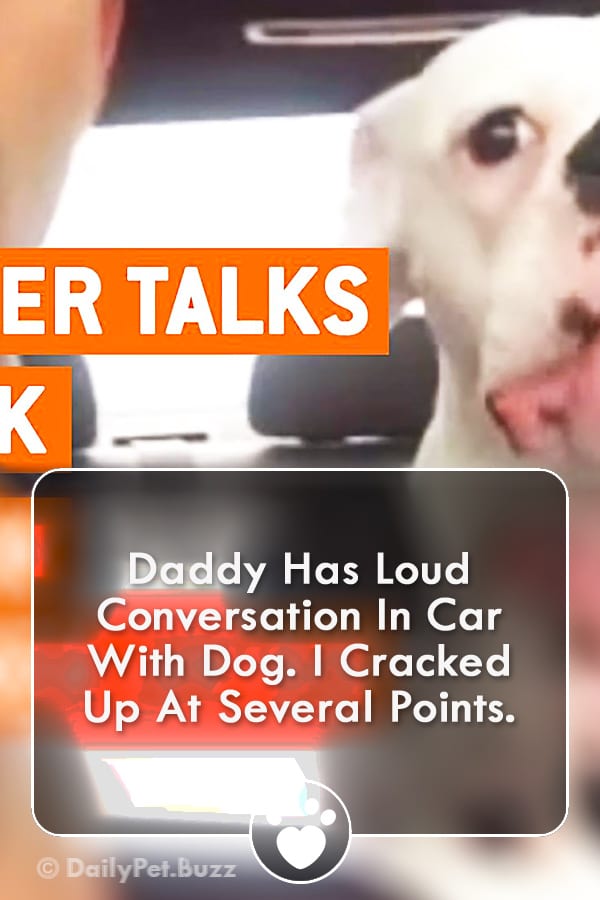