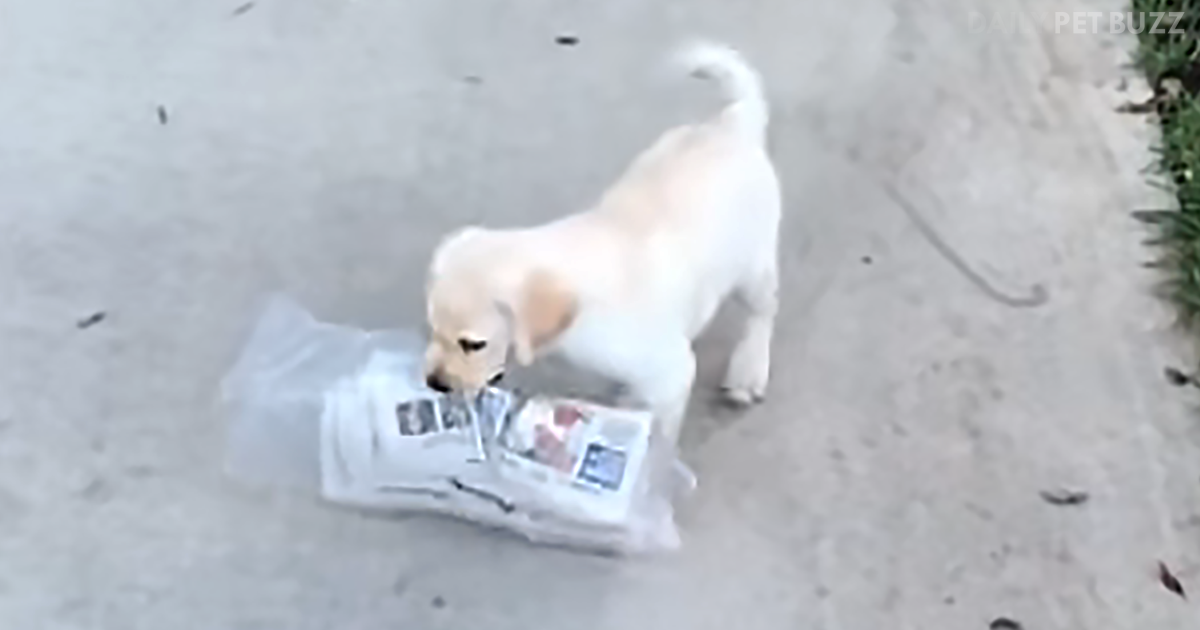 One thing that many animals have that a good amount of humans don’t is a sheer will to get things done no matter the odds. They will persist at something that most people would finally give up and just walk away. Dogs tend to be the most – well, there’s a reason that the phrase is ‘dogged determination,’ right? Want an example? Just take a look at this video of a pooch putting that into action.

We see a Labrador puppy at the end of a driveway, determined to bring in a newspaper that’s as big as she is. Her daddy even chuckles and says, ‘Big edition today.’ This darling Labrador puppy isn’t that big herself yet, but the paper is nearly as big as she is. She tries to grab it sideways and is having zero luck. Gravity is winning out, but she is NOT backing down.

What will it take to get it home? Gracie’s daddy is exhorting her the whole time, telling her that she can do it, offering a way for her to drag it. After a brief thought of giving up, she gets determined to carry the paper and even manages to grip it in her mouth and walk for about 10 feet before having to plop the paper down again and rest. What a game effort though by the tiny pup. Two thumbs – I mean, paws up!

What this pup did was like me trying to walk with a newspaper the size of a plank of lumber. It must have felt as heavy as that plank would for Gracie. Labradors are generally wired to please people, and that’s exactly why this little pup was doing. She wanted to bring the paper to her daddy, and doggone it, that’s what was going to happen. Hopefully, she got it home before the next day’s edition was delivered. Don’t miss Gracie and her colossal efforts to bring the paper to daddy in the video below. 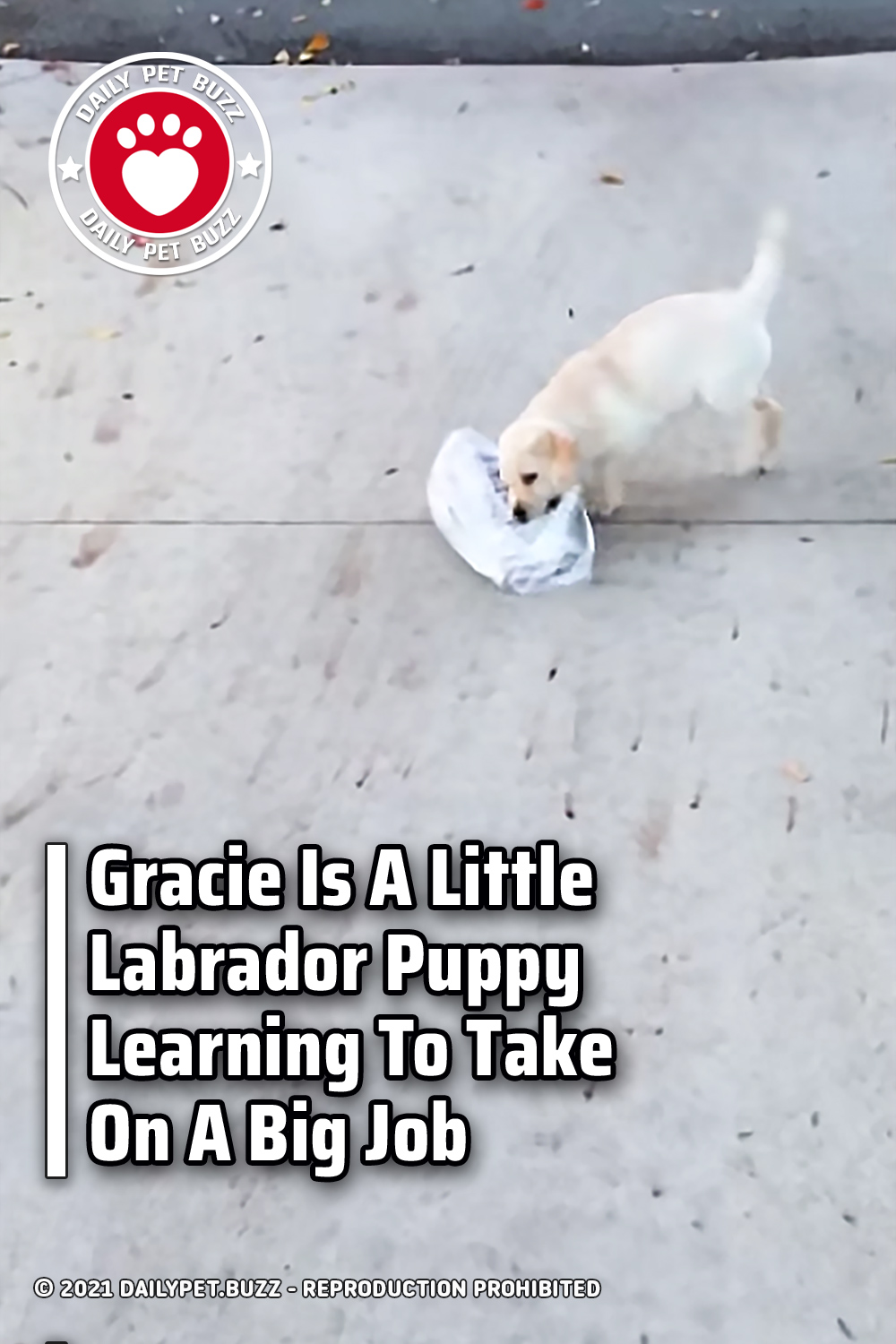