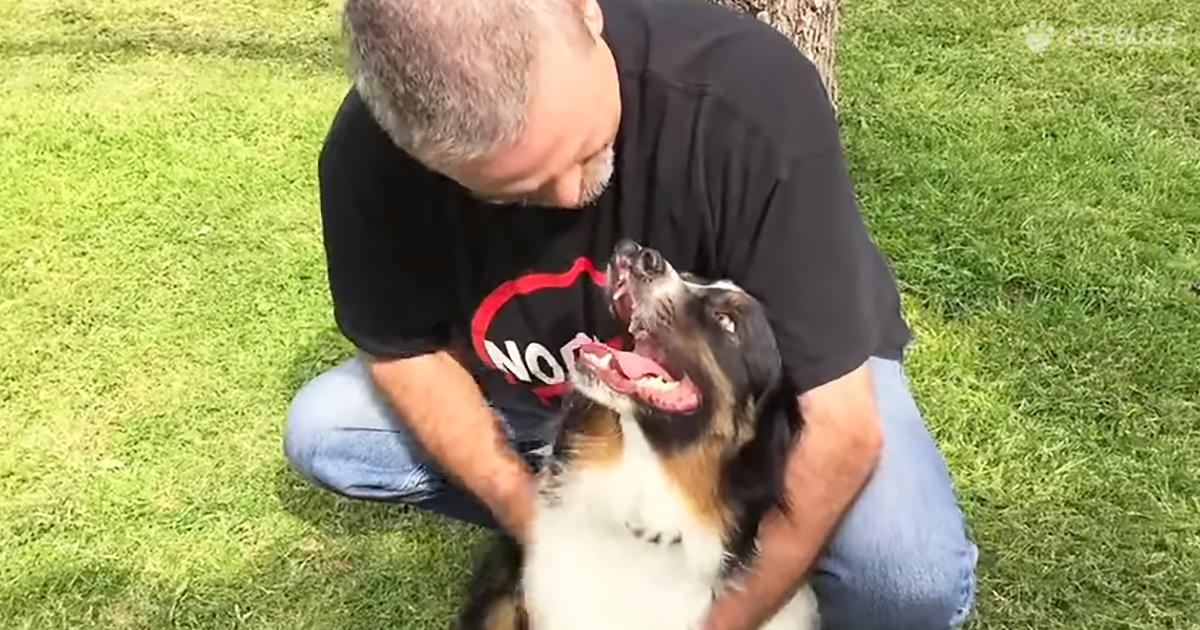 We tend to fear what is different from us. It’s a sad trait of ours since that means the people and animals that often need help the most wind up getting shunned – or worse. Take this video about a dog that was born with a condition that initially made those who were supposed to care for him want to euthanize him instead. Fortunately, one kind-hearted man saw the potential and took him in and became his daddy.

We see Toby, an Australian Sheepdog. He’s a cute dog with a zest for life. He wants to play with his daddy and he clearly adores him, wriggling with joy when he gets a chance to play ball with him or even spend time just getting a tummy rub. Toby’s a bit different-looking than other dogs, though. His face is a bit wider and his eyes seem just a tad further apart than other dogs we’ve seen. Oh, and he has what looks like two noses.

Yes, the first instinct here is to look away. There’s something a bit unsettling about seeing this dog with this condition. But it soon becomes readily apparent that Toby’s a normal dog – with a nose that is extra separated – I counted. There’s one nostril on each nose. The video title was a bit misleading. Still, he still enjoys playing ball and he’s in a state of ecstasy when his daddy picks him up and rubs his belly.

The lesson here is that appearances, no matter how different, can’t show what a person or animal is really like on the inside. Some of the nicest people or animals might have an exterior that is hard to look at. But once you spend some time with them, you might not even notice what made you grimace at first. That was what happened with Toby. By the end of the video, he seemed like a normal pooch.