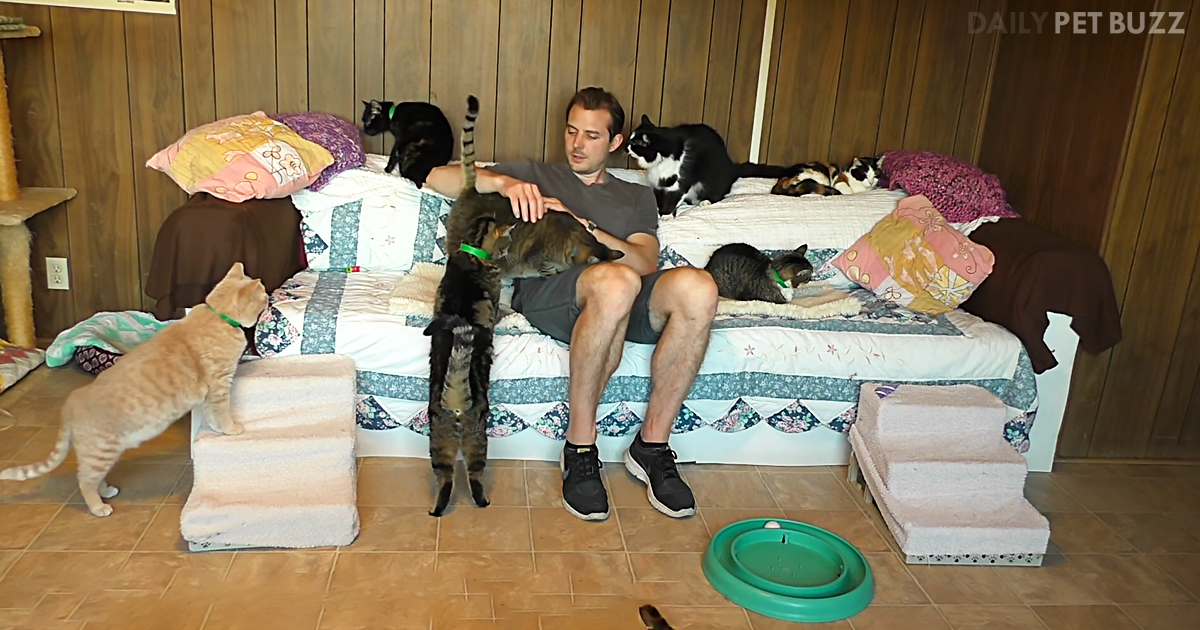 Spending time with a cat can be so relaxing. Experts say that petting one for a few minutes can lower your blood pressure significantly. Below, we have brought you a video of a man named Chris, who gets kitty therapy by the bucketful.

Chris proclaims that he is in need of ‘kitty therapy.’ Well, he’s in the right place: The Cat House on the Kings, a cat shelter that houses over 300 cats. You may have even seen one of our other videos about this fantastic shelter.

Here, Chris plops himself down on a sofa, and at least eight cats surround him. Some rub against his legs, others jump in his lap, one pushes his hand. They want human therapy, too. It’s hard to pick the best part of the video. It’s like trying to pick the best line from ‘The Princess Bride.’

There’s the part where one cat keeps headbutting Chris for more attention. My cat does that. Then there’s the time he has two cats in his lap at once, another perched by his arm and the other on the sofa STILL headbutting him.

I admit it. I’m jealous of Chris. I’m all the way on the other side of the country; otherwise, I’d be hopping into a car and just setting up a tent inside The Cat House on the Kings. I want to hang out with all these cats, darn it. Have they considered an East Coast version? There’s an idea for them to think about. Check out this Chris getting some awesome kitty therapy in the video below. 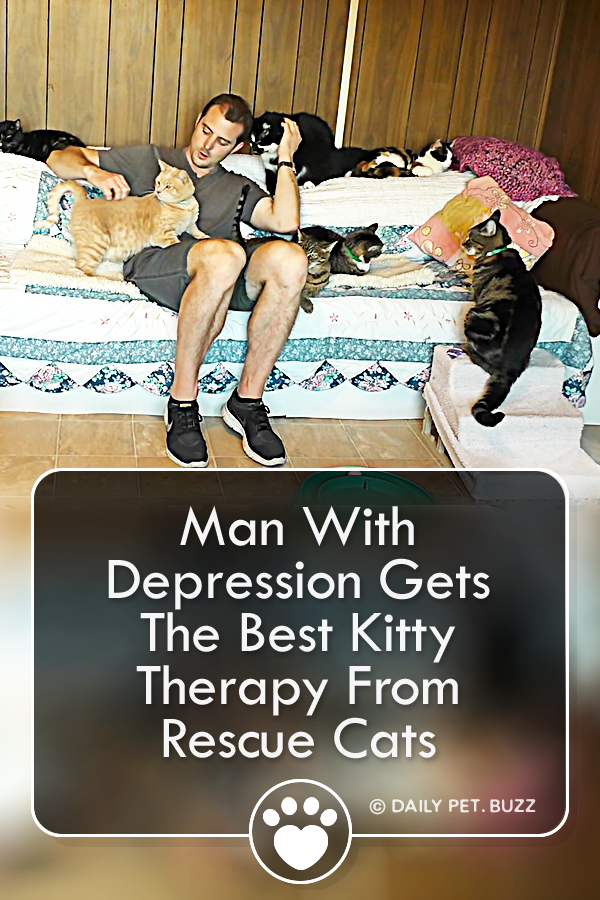