The following video features a very angry man and his equally angry husky. This handsome husky stole his owner’s potato skin off his plate and the guy decides to teach his dog some manners. He starts scolding his dog, but he was totally wrong to assume that the husky would go down without a fight! What follows after is a very funny argument.

Many people became angry with the guy for mistreating his dog, but this argument was all in good humor. The other members of the family are also cracking up at the ridiculous argument between the two! The owner of the husky knew how he would react to a good scolding, so he decided to record it because people would find it so funny.

The owner, while he may think the dog does need to have better manners, didn’t even care about the potato skin and thinks his dog’s antics were pretty funny, but he’s not going to tell the dog that. The uploader of this video has mentioned that a second part will come as soon as it happens! I would love to see this husky’s mischiefs again for sure!

This husky certainly does know how to talk back and he gets a word or two in while his owner scolds him. It’s clear this dog is not going to accept a thorough scolding, and I bet his manners won’t improve either!

Watch the video above. What are your thoughts about this? Share them in the comments! 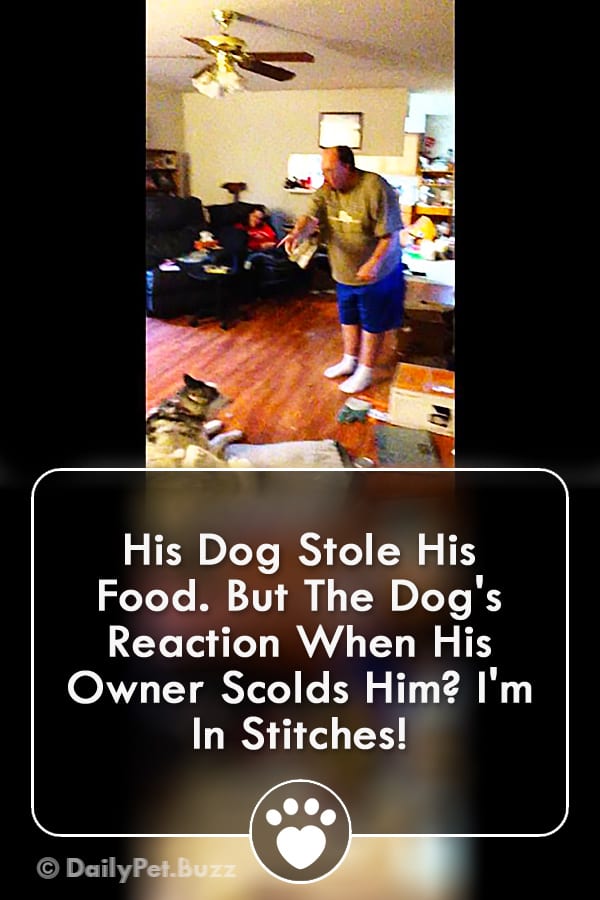