If you don’t have a pet, you are missing out on a lot of love and some really entertaining moments. Somehow pets always seem to find new ways to surprise and shock us. Take, for example, this adorable pooch in the clip given below! Stryker is a Belgian Malinois who is a year and half old in this video. According to his owner, he loves watching movies, but has a particular favorite that he seems to be addicted to. His favorite movie? Disney’s Bolt!

His owner says that he goes crazy when he sees the opening scene from this movie. The whole scene is five minutes long, but nevertheless, Stryker loves it with all his heart. He even bought Stryker his own copy of Bolt on BluRay for the Christmas of 2009. I still can’t stop smiling at how cute this little pup is! Wait till you see him for yourself!

Stryker isn’t in the living room when the movie starts, but it is mere seconds before he hears it and runs into the room to stand right in front of the television so he doesn’t miss anything! The funniest part of this is that the other dog in the house is lying on the floor paying no attention whatsoever to the television! He looks so bored, and it’s so cute.

During the parts that Stryker finds particularly exciting, he jumps up and down and wags his tail. He leaves the room for a few seconds, but always comes back when he hears what is happening. I can’t believe he’s so fascinated by this movie. And the other dog? He’s still bored. Hilarious.

Watch Stryker and his craze for Bolt in the video above! Did you enjoy this? Let us know in the comments section! 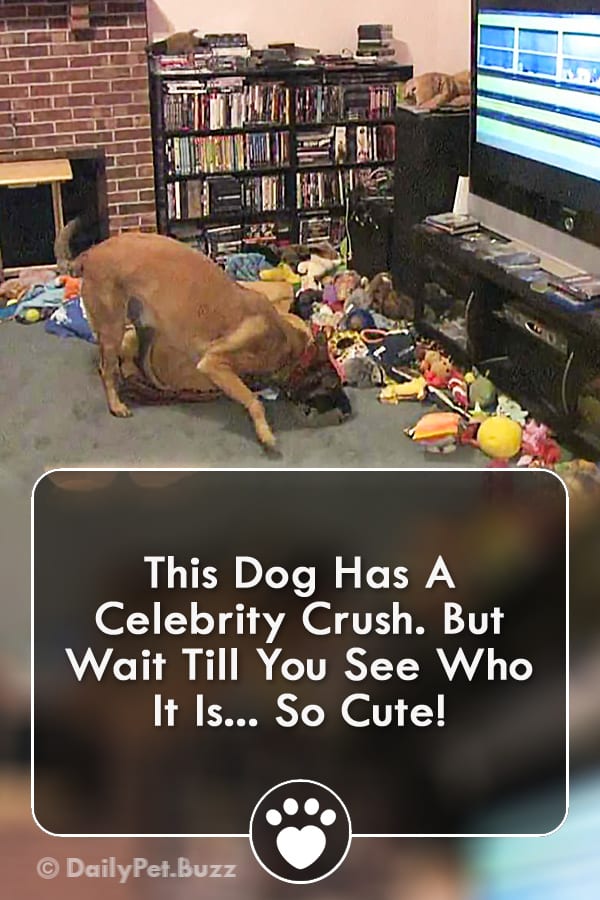