Flatulence is something people have always found embarrassing or funny, depending on the circumstances. Flatulence humor seems to have been popular in ancient Greece and Rome. It appeared in medieval English literature and in Renaissance French writing, too. In the 1700s, farting was a staple of political cartoons! Over 1,500 years ago, St. Augustine wrote of a man who could control his flatulence. Scarcely more than a century ago, Frenchman Joseph Pujol turned this “talent” into a career in entertainment!

Dogs are made of the same stuff we are and their digestive systems aren’t fundamentally different from our own. So yes, dogs do indeed pass gas. If a dog is abnormally… productive… there’s most likely a dietary explanation. Low-quality dog foods are often the culprit. Table scraps and foods containing lactose can also cause Fido to break wind. Sometimes it’s the result of a non-obvious food allergy. Dogs probably feel no shame when they let one loose, but we have no way of knowing for sure.

In the video posted below, you’ll see a cute little puppy named Lacie playing with Mac, a very patient corgi. It could be Lacie is spoiled — it’s hard not to spoil our animal friends, after all — because she is being just slightly obnoxious.

Mac is good-natured and takes it all in stride, perhaps thinking to himself, “I can’t wait until you grow up and start acting like a normal dog.” During Lacie’s frenzy, Mac gets a chance to sniff her rear end (that’s just how dogs greet each other) but this turns out to be horribly mistimed. Small though she is, Lacie lets a loud fart rip. The expression on poor Mac’s face is priceless!

Hopefully these two pups will let bygones be bygones. You can admit you giggled in the comments at Facebook. Be sure to like and share: your friends will laugh, too! 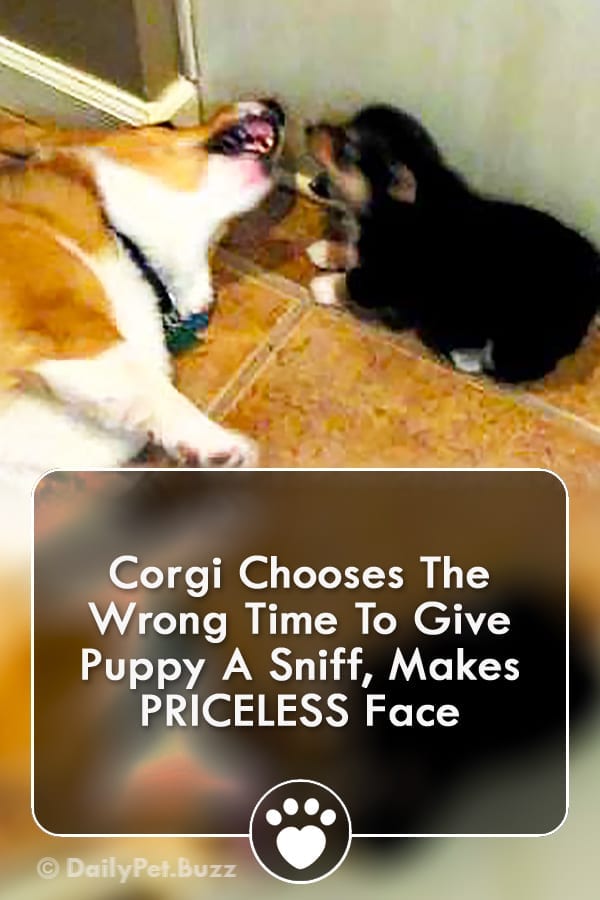