I used to work in an area where peacocks were able to roam the grounds. Sometimes, when I went to lunch, one would be sitting outside the office. They were generally loners, though. If people got too close, they would fake run at them. Not wanting to get nice clothes possibly ripped up, those people gave them a wide berth. I did the same. It was cool to see them, though I can’t imagine having one in my backyard. The person in this video can and recorded it for us.

The peacocks that were in my work area were blue and green. They had some AMAZING colors when they fanned their tails. This one here is a white one, and while he might not be as dazzling as the one I saw before, he’s still quite impressive to look at. He’s walking on a porch and decides that he wants to impress someone – or something. He fans his tail to its fullest extent – and it’s quite a sight.

How impressive is the size of his feathers at their full length? They take up the entire width of the porch – and this is not some tiny porch either. People would be hard-pressed to walk by if they were in the area. There’s no other peacocks in sight, so we don’t know who he was trying to impress. The barbecue grill on the porch is decidedly not his type. Maybe he was trying to call out to a peacock in the relatively nearby area. ‘HEY BABY!’

The only drawback to having peacocks wandering the grounds at my work area was that sometimes they’d come to the door and just stand there. I was leaving to go home one day and found one out there. It cost me an extra ten minutes to wait for him to decide to go wander off again. At least I wasn’t in a hurry. I hope this peacock in the video was able to find a suitable mate soon thereafter.

What would you do if you saw a peacock in your backyard? Record it like this person did? Tell us in the comments section. Also, please ‘Like’ us on Pinterest. 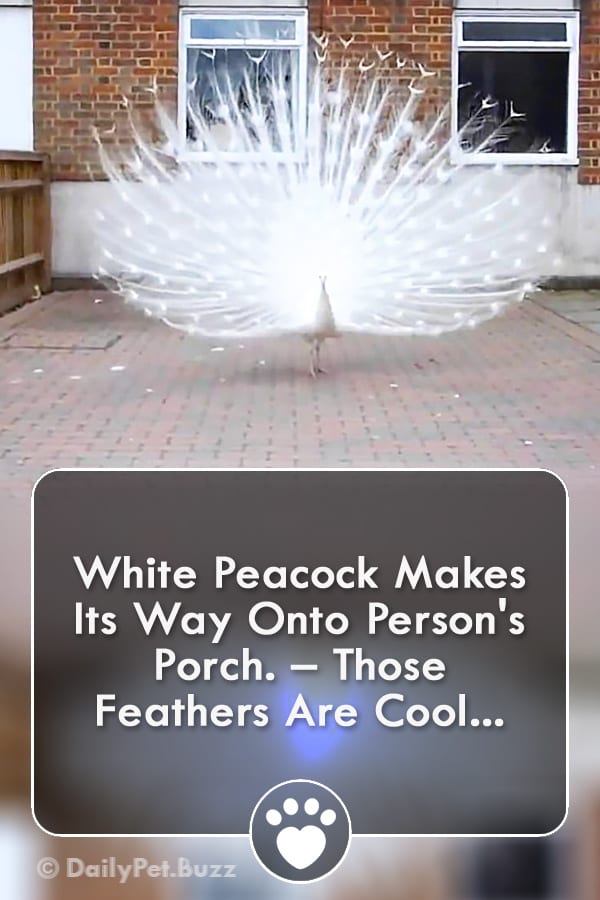