Long live the heroic Gosling, protector of humans and animals. It seems that holy people are not the only people on the way to sainthoods. Celebs are joining this hallowed list ” one great example is handsome hunk and actor Ryan Gosling.

He and his lady love were probably looking to have some alone time with each other and were headed towards a Californian highway when a dog came onto the road. Ryan missed hitting the dog, which is a huge blessing, but instead of leaving it at that and driving away, he did something even better.

He got out of his car, picked up the dog so that it would not come to any harm and safely handed the dog over to the owner. Of course, as with any celebrity who does a good deed, it was recorded by a watchful neighbour. This is not the first time Ryan has done a good deed.

In case you didn’t hear about this, here’s a video that shows Ryan stepping in to stop a fight in New York before it gets ugly. This guy just steps in, clears everything out, saves the day and walks away without waiting around for a thank you. Now, wouldn’t you call this pooch saving, fight breaking hero a step closer towards sainthood?

What do you think of Ryan and his heroic deeds? Are you a fan of him, like I am? Write in and tell us in the section below! Would you do the same thing he did? 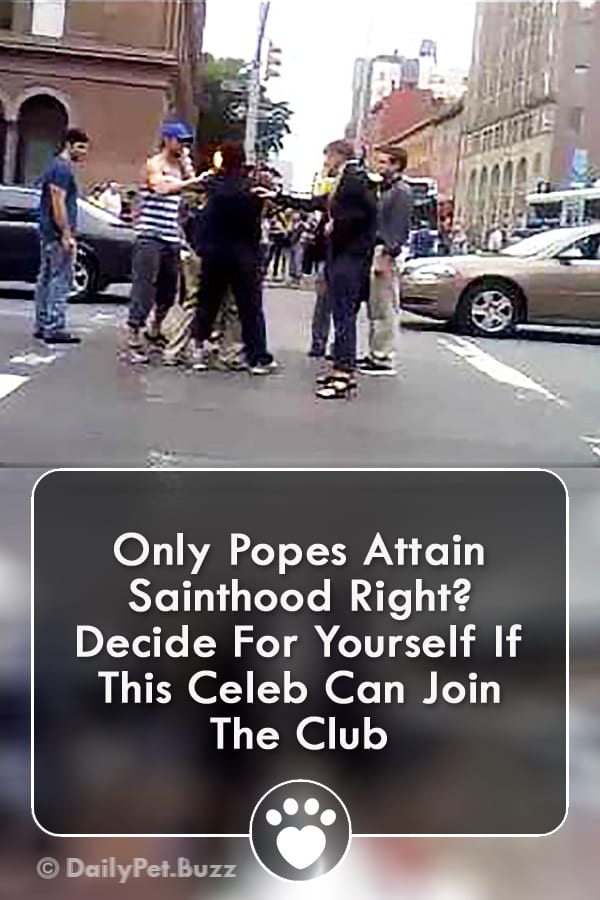