People do silly things with animals, particularly dogs and cats. They talk to them as if they are human. If someone recorded the goofy stuff I said to my dog while I was playing with or walking her, it could have been used as blackmail. I believe the least sappy thing I said was, ‘Aww. The good widdle widdle girl went poo-poo! Good widdle girl!’ It got worse – or better, however you choose to look at it.

This dog groomer in Argentina think’s he all by himself while bathing a dog. Little does he know his wife has snuck into the room and is secretly recording him – as he sings and dances to music as he soaps up the dog. This guy’s pretty nimble on his feet ” though the dog does sneak a look or two at the camera as if to say, ‘What is this guy DOING?’ Then he stands the dog up on two legs and starts dancing a cha-cha of sorts… and it’s here that he turns and realizes he has an audience. The video stops.

The guy has nothing to be ashamed of. He obviously enjoys his work, dogs and spreading his good cheer. It’d be another thing if he was listening to thrash metal and headbanging with the pooch. Then that would be kind of odd. But this is harmless. I’m glad the video went viral ” it’s so cute!

In a world where people abuse animals, even those who work with them, this is a ray of light to behold. Here we see someone having genuine fun and even putting on a bit of a dance show ” though he might have been a little more self-conscious if he’d known that he was being filmed since the beginning. The only negative thing I have to say about this is that they are a long way off from being able to appear on a show like ‘Dancing with The Stars!’ The dog has very iffy dance moves –

This video made me want to dance with either of my cats! Then I remembered that I like scratch-free skin. What do you think? Did this make you want to boogie down with your pet? Leave a comment! 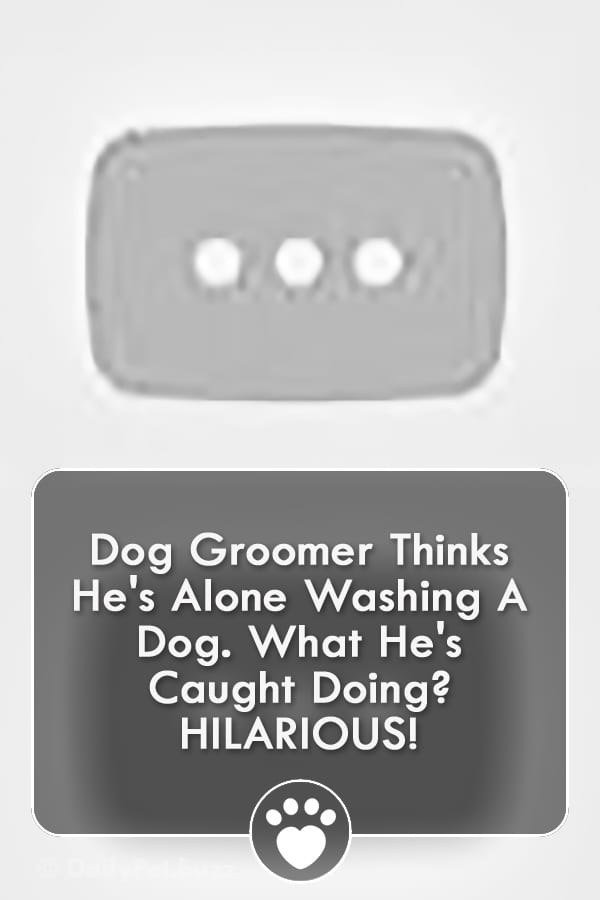