A lot of people like s and I’m not an exception. All dogs are wonderful creatures, but I have a soft spot for these ‘American gentlemen’ because I own one myself.

My dog has the same problem as the Boston terrier in the video above ” they both hate wearing shoes. But it is a necessary evil for him as we live in New York City, where the streets are salted in the winter. So, when I take him to the park, the salt stings and abrades his puppy paws.

I do remember when I had to put him in protective boots for the first time. To tell the truth he was not glad at all, though he got used to his boots with the lapse of time.

I know Boston terriers are capable of doing different unbelievable things, but what this dog does to avoid wearing his snow boots is unlike anything I have ever seen.

This little terrier, named Gizmo, invented a new method of avoiding using his boots. Have you ever seen a dog who can walk on his front legs only?

Watch this Boston terrier’s hilarious walk in the video and let us know if you enjoyed it in the comments section! We’d love to hear from you! 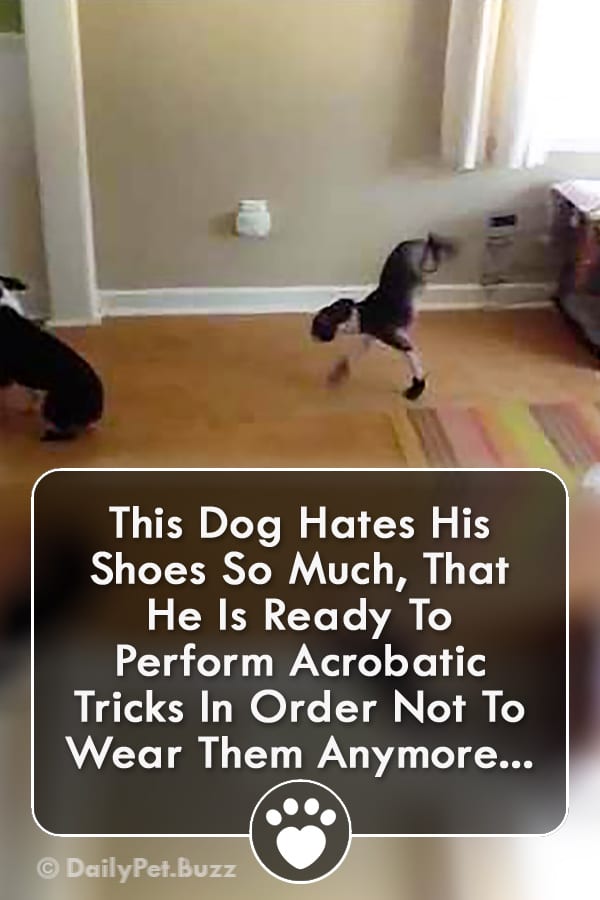