It’s practically a sacred ritual for those who have dogs – being awoken by them. Some pooches try to wake up their parents at the crack of dawn. Others have been trained to leave them alone until a more civilized hour. But either way, once the Dogs of Wakefulness have been unleashed, there’s no escaping them until they make sure that you put both of your feet on the floor to get to the kitchen.

Crawling under the blanket is no deterrent for these pooches. They are in there to wake their daddies up, and dadgum it, that’s what they are going to do. Their sheer energy is enough to shake the bed to snap even the deepest sleeper from dreamland. They may grouse a bit, but eventually, they get up. Then the next step for these dogs is to probably badger them until they get fed.

Most of the dogs in this video are quite large. That’s because their size and their tenacity Is what gets the job done in waking up their daddies or brothers. The smaller dogs tend to be the ones to wake up the kids. I was smitten with the French bulldog trying to wake a boy of about 10. My cats can be like this, but they mostly sit on me or headbutt my hand. It largely stopped when we switched to feeding them in the evening.

When I was growing up, my mother would sic our miniature schnauzer on me. Her point of attack: licking my bare feet until I gave up and got out of bed. She would NOT stop. Well, actually, I did get her to curl up at my feet a few times, but my mom was my secondary alarm ” she would realize I wasn’t out of bed and tickle my feet. My dog was my main alarm, but my mother was my snooze button.

What would your dog do to try to wake you up? We want to hear all about it in the comments section! 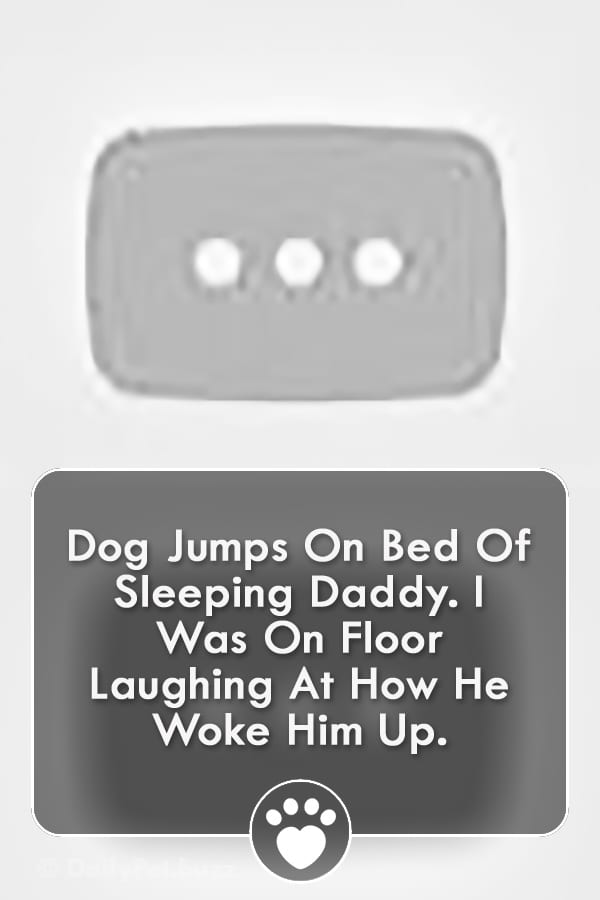