I can’t imagine how terrible the feeling would be to be walking with your pet and then just having them vanish in what seems like an instant. You call and call and call and hear nothing. Soon, you find yourself frantically wishing this was a nightmare and that you’ll wake up soon. That’s often not the case and it remains sad reality. Though sometimes you’re lucky and you find yourself surrounded by people who can help – like in this video.

A woman named Karen went through that. She was walking around the Invermark Estate where the Angus Glens Moorland Group was meeting. There were several dogs, all cocker spaniels, when one of them, named Jazz, decided to wander off. It must have happened in the blink of an eye, because suddenly she disappeared. It was almost like an alien abduction. Then she heard barking coming from the ground.

Jazz was stuck in a pipe in the ground and all the people at the Invermark Estate started digging in to help. They knew that they had to make the hole wider to be able to extricate the pooch. There are photos of several men and teenagers getting down and dirty. They were prepared ” they had rubber boots on and were using shovels. Eventually, they got Jazz out. She was very muddy but she was no worse for the wear.

I felt bad for laughing at this, but there was one comical image in the video. I know that the guy was working feverishly to save Jazz, but the one image of his trunk all the way into the hole and nothing but his lower body showing struck me as funny. I’m sure that he was also hoping that he wouldn’t get stuck in there and become the second one in need of help from the others. Fortunately, nothing happened to either of them and there was a very happy ending.

Can you imagine how Karen felt? She must have been sick to her stomach at first. Have you had something similar happen? Tell us all about it in the comments section. Also, please ‘Like’ us on Pinterest. 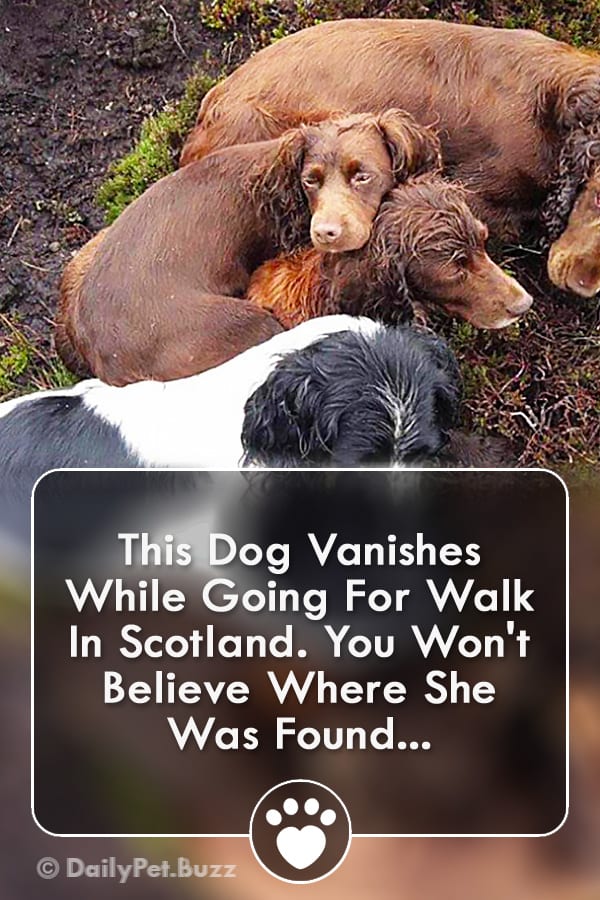