I’ve seen some very memorable singing performances over the past few years. To be honest, most of them have been by participants of talent shows. Televised talent shows like ‘America’s Got Talent,’ give the participants a chance they would never have otherwise. Many of them have never even tried a singing competition before. All they have is raw talent.

For the ones that take that route, there are a lot of hurdles to overcome. The first one of them is passing to the second round of auditions. Throughout many years, the judges have seen all sorts of people. They have seen both the untalented and the supremely talented. Many times, talent stems from humble beginnings and by just getting a chance, the talent manages to shine through and impress everyone.

There are other people that don’t like competitions. They find them very intimidating and demotivating. They rather show everyone their talent by uploading a video to YouTube. Many of them have lofty expectations, they know how global YouTube is and the chances they have for some important person to ‘discover’ them. There have been many people who have jumped to stardom by uploading a video, Justin Bieber was just the start of them.

There’s a third group of people that become well-known without them even wanting to. For them, their talent is a very personal thing. They are not about awards or recognition. Talent for them is a God-given gift that they wish to share with their loved ones only. They have no desires of fame or fortune. All they want to do is live their lives as best they see fit.

Such was the case of a very famous Hawaiian resident known to everyone there as ‘Iz.’ His name was Israel KaÊ»anoÊ»i KamakawiwoÊ»ole. He was an activist and a singer who became very famous for singing with his ukulele. He was a local hero for many of the residents who knew him, and his songs have millions of views. His most emblematic song was ‘somewhere over the rainbow,’ which has over 250 million views! It has been featured in in the movies K-Pax, Meet Joe Black, Finding Forrester, Son of the Mask, 50 First Dates, Fred Claus and IMAX: Hubble 3D.

If you’re like me, you had only heard the song but not seen the original video. If that’s the case, then you’re in luck. The following video is the one that made him famous. If you’ve already seen it, then you’ll agree that, like all good things, this video is worth watching again! 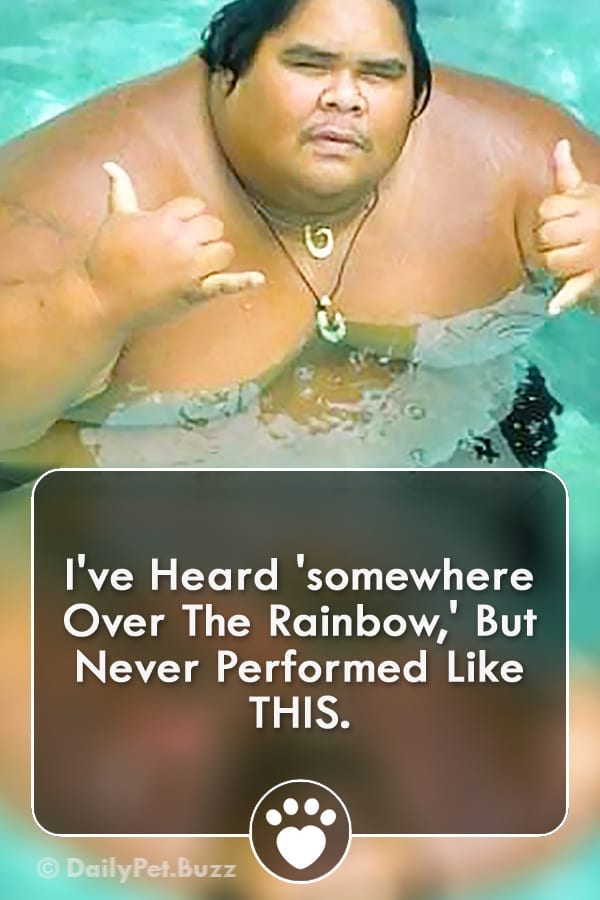