The thought of being deserted and on your own is terrifying. Los Angeles-based animal rescue group, Hope For Paws received a call about a dog abandoned in a secluded location. The poor animal was stranded by her owners and left all alone. Because of fear, this pit bull, who was later named Bunny, had crawled onto a no-access government property. So her rescue got even tougher.

But by luck, the rescuers managed to capture her and lead her to safety. They tempted Bunny with cheeseburgers and she came through the fence. But she wouldn’t come near them, so they decided to set a humane trap and watch from a distance. It worked. They loaded her into the truck and transported her to safety before letting her out of the cage.

This is such a heartwarming and touching video. When they brought Bunny back to the shelter, it was plain as day that all she wanted was to be loved. Her health was good and she was strong. Her tail was wagging and she loved all of the attention, especially from Eldad. She wanted the love more than she wanted food or water.

Now she’s in a foster home with another pit bull and they became fast friends. Bunny is also good with cats and loves them, as you will see in this video. Watch her tail when she meets a little kitten at the center! Animals need love as much as humans. They are our family and we should treat them as such!

Watch this beautiful rescue story of a beautiful dog. Let us know how you felt watching it in the comments below! 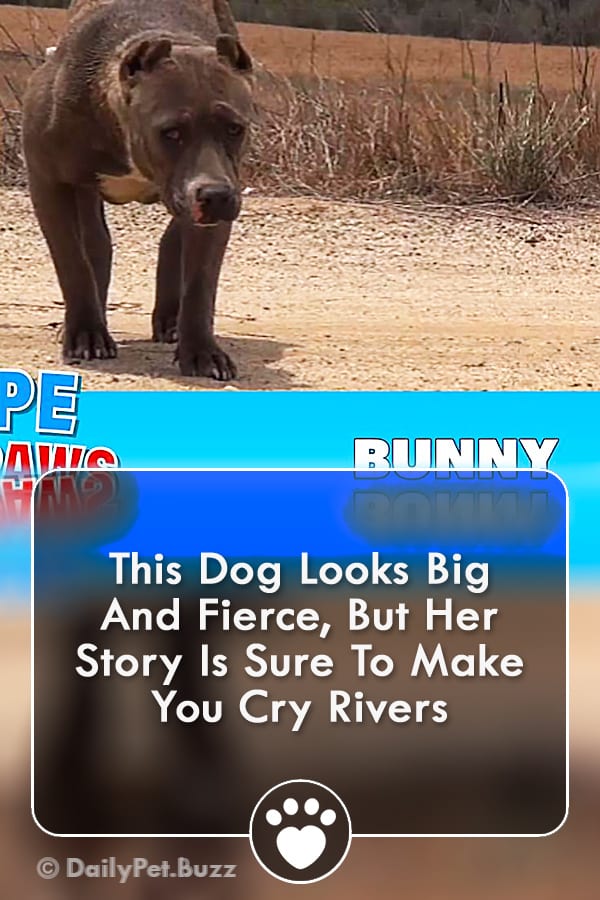