In 2012, Nathan Braun and his son went camping near Hell Hole Reservoir outside Lake Tahoe, CA. Out of nowhere; a gunshot rang throughout the forest and scared their dog, Murphy. The 5-year-old golden retriever took off running, and vanished into the woods.

Nathan and his family couldn’t sleep. They could barely think. All they could do was call the campgrounds relentlessly, hoping someone had spotted Murphy. Two days later, the family headed back without their beloved dog ” but that didn’t mean they stopped looking for her.

Week after week, month after month, the family traveled back and forth to the Tahoe National Forest to post missing posters and search for Murphy. With their three kids in tow, the Braun family worked together to chase down dozens of reported sightings, but all sightings were false.

Nearly two years passed, and still no luck. One day, the Brauns met the new campground host, Jason, who had seen a mangy dog wandering around the campsites looking for scraps. With hope still in their hearts, the Brauns left Jason with Murphy’s old blanket and one of Nathan’s old hats. Jason promised to lay the items out near his trailer.

What happened next restored hope for this heartbroken family, and I think it will restore yours, too – You have to see this for yourself! 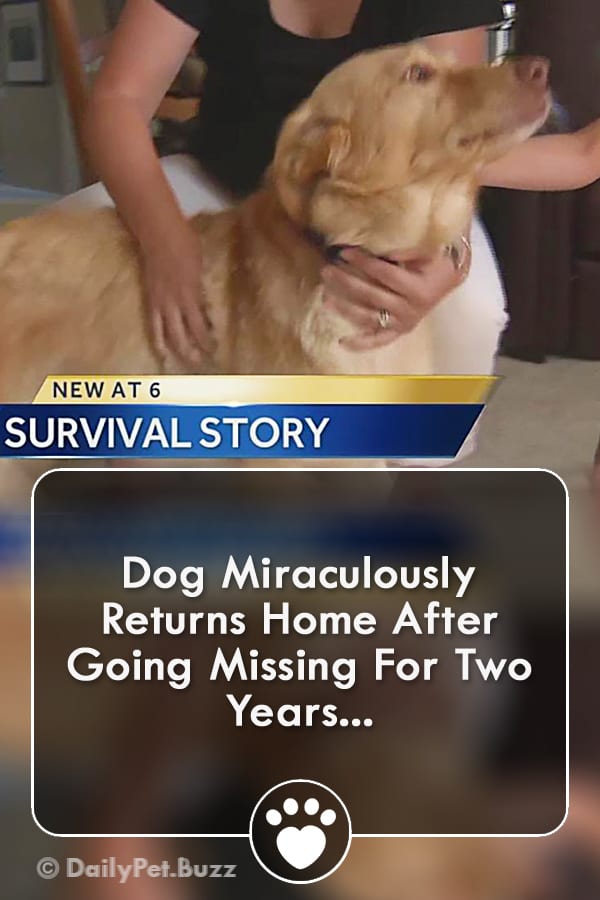