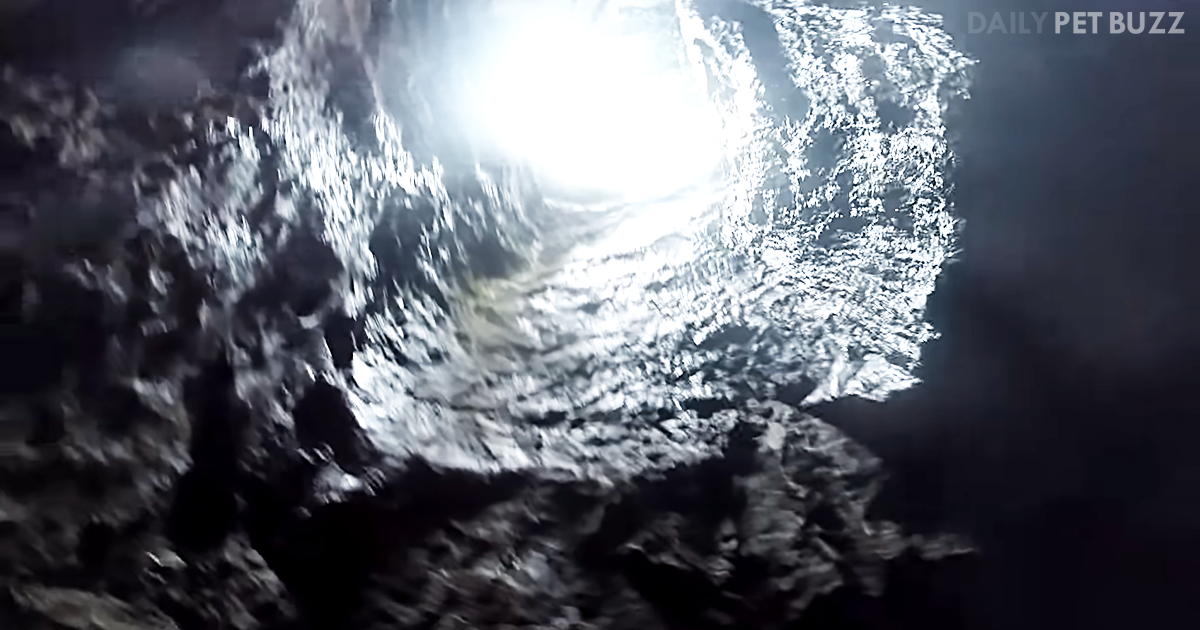 It’s amazing the situations in which rescuers find animals. Remember those jokes about Lassie racing off to tell one of the grown-ups that Timmy fell down a well? Well, this time, it’s the other way around – outside a village in India, located near the city of Udaipur, a dog is the one who’s at the bottom of the well.

This time, someone is going to have to be the one to rescue Lassie. Oh, how the tables have turned. The rescuers look down the well, and they see the dog moving around and frantically barking happily. The pooch realizes that he’s going to be helped out of there.

The well is a deep one, maybe five stories down. This was an accident, no one cruelly threw the dog down there, and he’s in good spirits. Soon, one of the rescuers puts on a harness, and his co-workers slowly lower him down like one would lower a bucket.

Finally, the rescuer makes it down to the bottom of the well, where he finds the dog, which appears to be a Doberman mix of some sort, eagerly awaiting him. The dog seems to have survived its fall down the well with barely a scratch. He’s got plenty of energy, and his tail is wagging at a furious pace. He knows that the man is there to help him. He accepts a blanket over him and is still as the two of them are pulled up to the top, where he gets more love and attention.

It takes strong people to do this. They have to be mentally tough since they know that they will often be finding animals in grim conditions. Physical strength is also a requirement, because, as you can see – this was NOT a small dog for him to hold as he was being lifted up by his co-workers, who also had to have enough strength to bring both of them up to the top. These are very special people, and they deserve all the help they can get. Check out this rescue in the video posted below. 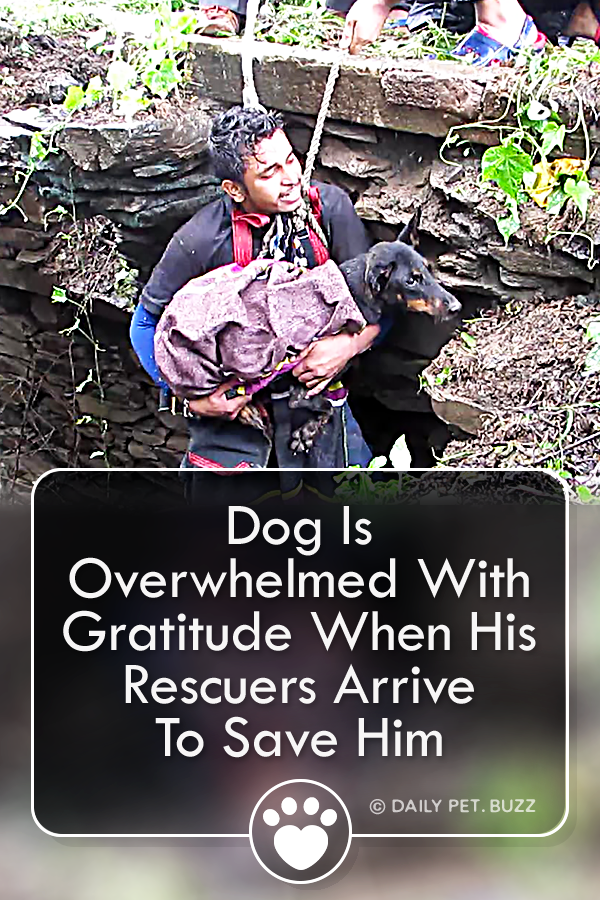