For almost all of history, dogs that wanted a bite to eat had had to either catch rodents or hope for good table scraps. Within the last 200 years, things changed in a big way. Around 1830, there were already commercially manufactured dog biscuits on the market. By 1870 there were new and improved dog biscuits with meat products mixed in. Dry food in kibble form was available by 1900. The next innovation was canned dog food, with Ken-L-Ration making its debut in 1922. By the early 1960s, a dog owner could go to the store and find puppy-specific food. Today, dog food is a multi-billion dollar business. Just in the United States, there are almost 90 million dogs and they aren’t living on table scraps and rats.

Out in nature, animals will eat anything they can get their paws on. Our pets live lives of luxury that would have boggled the mind just a couple centuries ago. They can even get away with being picky eaters. If food we give them doesn’t meet their high standards, we can only sigh and try another brand.

This brings us to a goofy golden retriever named Luna. When kibble is simply poured into her bowl, she won’t touch it. Her human dad finally realized that she wants it cooked, just like people food! In particular, she expects to see food come out of the oven. As you’ll see in the uproarious video posted below, Luna’s dad is careful to make a big deal about putting her food bowl in the oven (which isn’t even turned on). After about a minute, the timer goes off and that certainly gets the picky dog’s attention! Tail wagging, she follows dad as he takes her “fresh from the oven” kibble into the next room and puts it down on the floor for her. Now that her food has been “cooked,” Luna digs right in.

What are your thoughts about this nutty dog’s insistence that her food be “cooked” in the oven? Have any good stories about picky pets? Let’s hear all about it in the Facebook comments. Don’t forget to like and share! 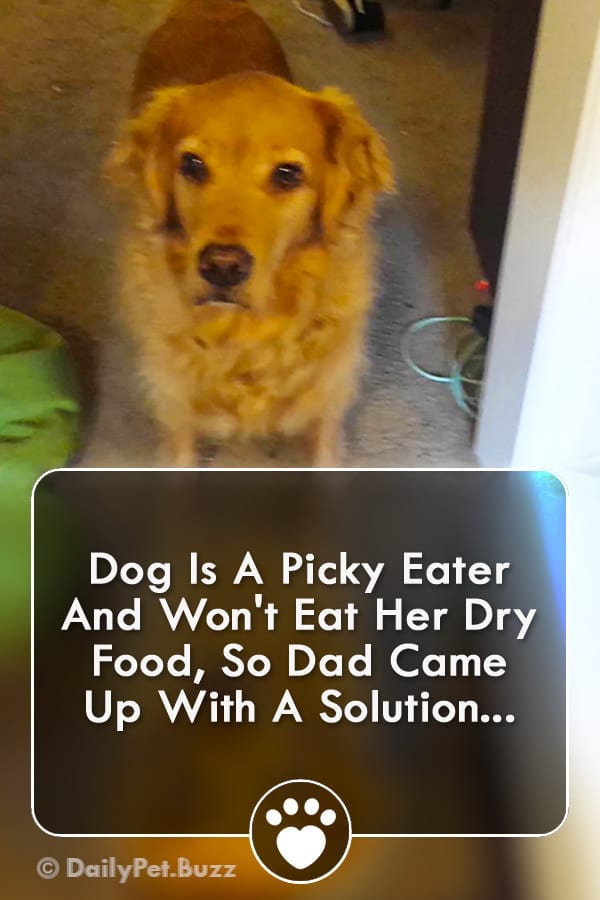