Can you believe that an entire team left the court to support one sweet, little girl? Does that not just make you want to burst with pride?

At Lincoln Middle School, the last game of the season was in full swing. All the kids were there cheering in the bleachers. The players were pumped, the cheerleaders were cheering and doing their amazing ‘Ra, ra, ra – – ‘ at the top of their lungs. One cheer leader was marching to her own drum ” and then, en masse, the whole team simply left the court.
Desiree Andrews has Down syndrome and does things in her unique way. She was having as much fun as anyone, until – – – . So, the audience were gob-smacked, the cheerleaders were dumbstruck, and the team was talking to their coach about the shocking scene that was taking place with Desiree and some really rude, and undesirable students ” they were bullying her!
As the three players walked off with their team, Miles Rodriquez, Chase Vasquez and Scooter Terrien got closer to the bullies ” they stepped in and made them stop their dreadful, hurtful behavior. To back them up, they also spoke with their Coach to ensure that it was handled in the correct way. Rodriquez said, ‘We were mad. We didn’t like that.’ And everybody knows you do not make fun of people who have Down syndrome or any other kind of condition.
Desiree’s father, Cliff Andrews got to the bottom of the bleachers as quickly as he could, tears brimming in his eyes as he thanked the three Galahad’s for their kindness. Desiree herself said they were, ‘sweet, kind, awesome, amazing’ .

Terrien commented further by saying ‘It’s not fair when other people get treated wrong, because we’re all the same,’ said Terrien. ‘We’re all created the same; God made us the same way.’

These kids were fantastic don’t you think? They set the standard for the correct behavior and we hope that the bullies were punished or suspended or even asked to leave the school. Rather follow the example of the three heroes than the cowardly bullies. Tell us your story! 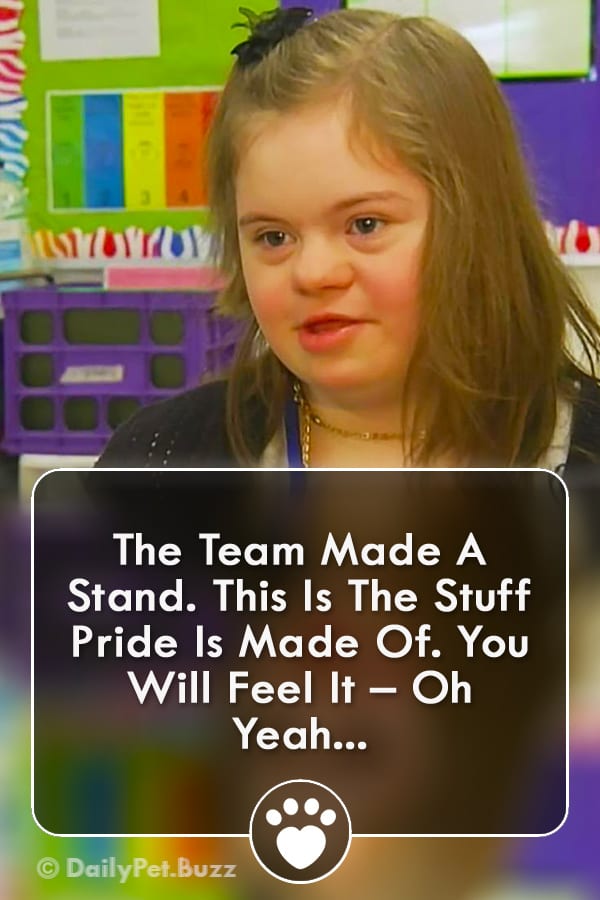