The human-dog relationship goes back a long way, at least 15,000 years to a time when the last ice age was only just ending and people everywhere were still hunter-gatherers. Indeed, dogs are apparently the first animal species that humans domesticated. Being intelligent and receptive to training, dogs have been called on to perform a number of useful tasks: guarding people and places, pulling sleds, herding other animals, dealing with vermin, and helping out with hunting. In more recent times, working dogs have taken on even more jobs: sniffing for contraband, guiding the blind, and serving as therapy animals. Throughout it all, dogs have had another major role: as beloved pets.

One thing man’s best friend is justly famous for is unshakable loyalty. Dogs love their humans and will stand by them through thick and thin and never forget them.

For one dog whose dad had been away for more than three years, a trip to the airport brought a wonderful and unexpected surprise. Dad was finally coming home! As the dog’s old friend approaches, he does a little whistle and that immediately attracts the dog’s attention. Once his long-lost human comes closer, the dog just stops in his tracks and stares in disbelief. Then the dog hustles over and gives dad a great big hug and plenty of kisses. The dog is so overwhelmed that he ends up on the floor wiggling around and yelping joyously.

We’ve posted the video of this dad and dog reunion below. You’ll be at least as charmed as the people in the airport who saw the happy event in person.

Were you impressed by this dog’s ability to recognize the dad he hadn’t seen in over three years or were you not the least bit surprised by this display of canine loyalty? Let us know in the comments at Facebook and be sure to like and share! 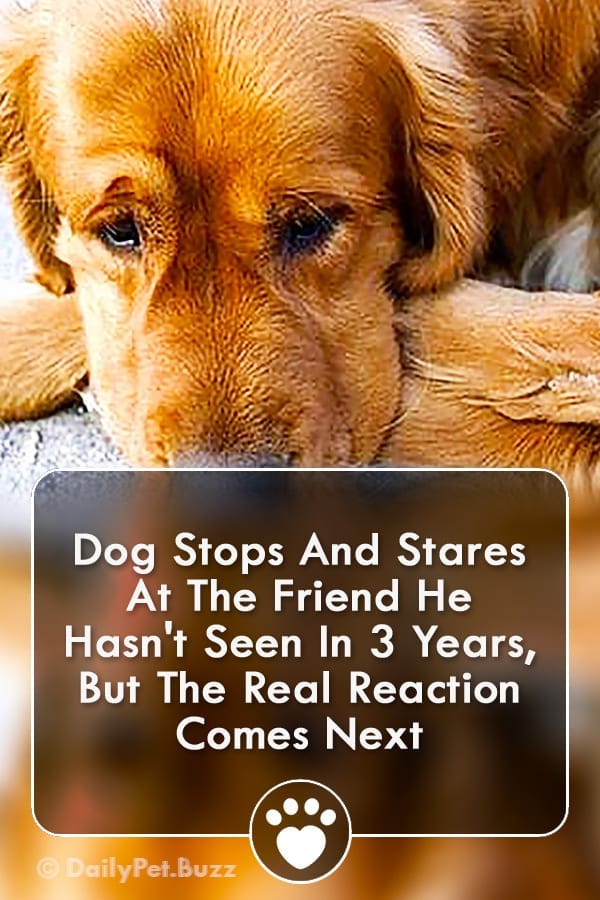