Dogs and kids love playing together, whether it’s playing fetch, riding a bike with the dog chasing, running around a dog park. It’s great exercise for both the child and the dog and they get to bond with each other. This is a win-win situation and it even gives the parents a little bit of a breather. I don’t know how many dogs and children have played together like what we see in this video.

Kailyn is a four-year-old girl who has discovered the magic of gymnastics. She loves doing cartwheels around the house. Hey, it’s better than her just plopping herself down in front of the TV and watching it for six or more hours a day. Oakland, an 18-month-old pit bull that was rescued, is watching this and decides to join in on the fun. The result is something incredibly adorable for all the viewers.

It’s so cute seeing Oakland trying to copy Kailyn’s cartwheels. It’s like he gets the gist of the movements but his body doesn’t quite act the same way as hers does. He still does do some impressive flops on his back and it’s readily apparent that the two of them enjoy playing with each other. The video ends with Kailyn and Oakland laying on the floor, wriggling around like two little musical worms.

It’s great that a kid and a dog get along so well like this. Add that pit bulls are often seen as being bad dogs, and this is a big shattering of a stereotype. I’m sure that the two of them have other bonding experiences like them curling up together while watching a TV show. This young girl has a buddy that she will grow up with into her teen years. By then, Oakland might be just a bit slower when it comes to imitating a cartwheel.

Wasn’t this such a cute video? I wanted it to be longer. Oakland looked like he was starting to get the hang of the cartwheel by the time it ended. Did you play with 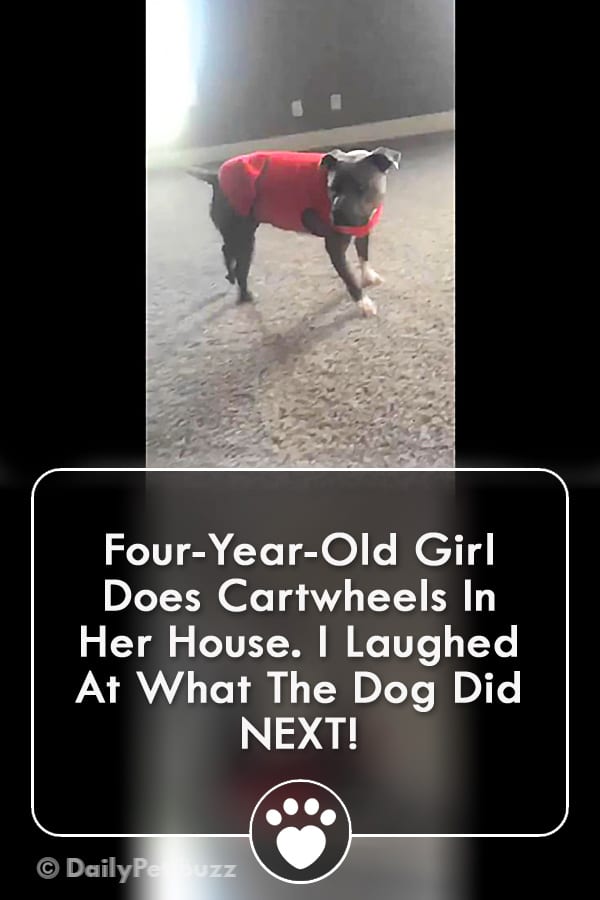