After a dog got swept away in a flash flood and was clinging to life, police in Colombia saved his life when they quickly went to help him. This dog almost died when he got trapped and couldn’t escape.  Columbian Police recorded this video and posted it on social media, showing a positive side to this country. The video shows the dog fighting to survive when he was swept away and left powerless against the strong current. Watching this poor dog sent me into a bit of a panic, but then his heroes arrive and I cheered them on.

During the rescue, you can see where the rescue happened and why it was such a dangerous and terrifying mission for these brave officers. The weather in the La Liboriana ravine had become extreme and dangerous. The officers attempted the rescue several times before one of them was able to get to the dog and pull him from the water to administer CPR. Their persistent and heroic efforts meant the dog was soon able to stand up and he is expected to fully recover.

This video clip was posted to social media just after a deadly mudslide struck the area, destroying many homes and killing over 50 people. It is just incredible to see that during the most difficult of times, there are courageous people in public service who are willing to help and protect others, no matter how small or insignificant they may seem.

Watch this amazing dog rescue for yourself right here. 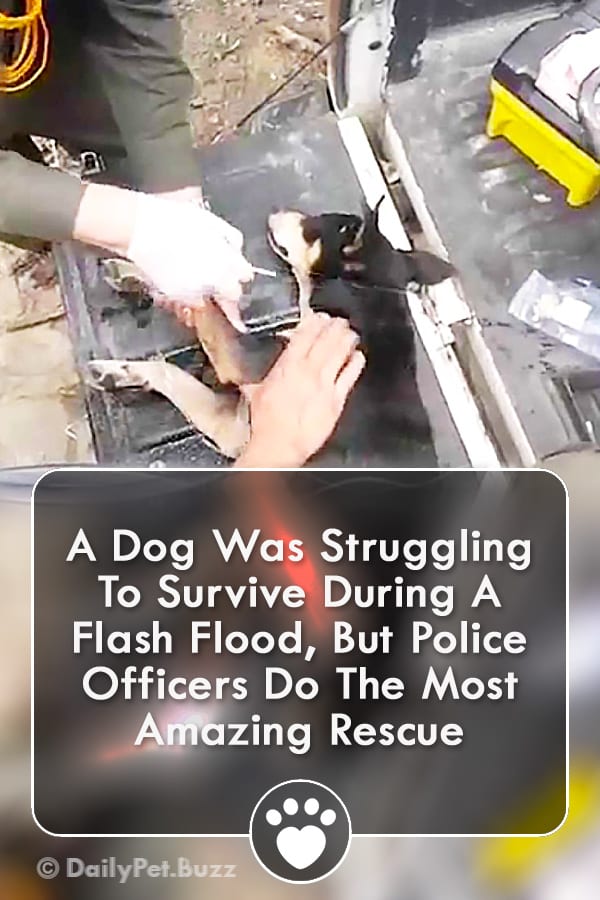