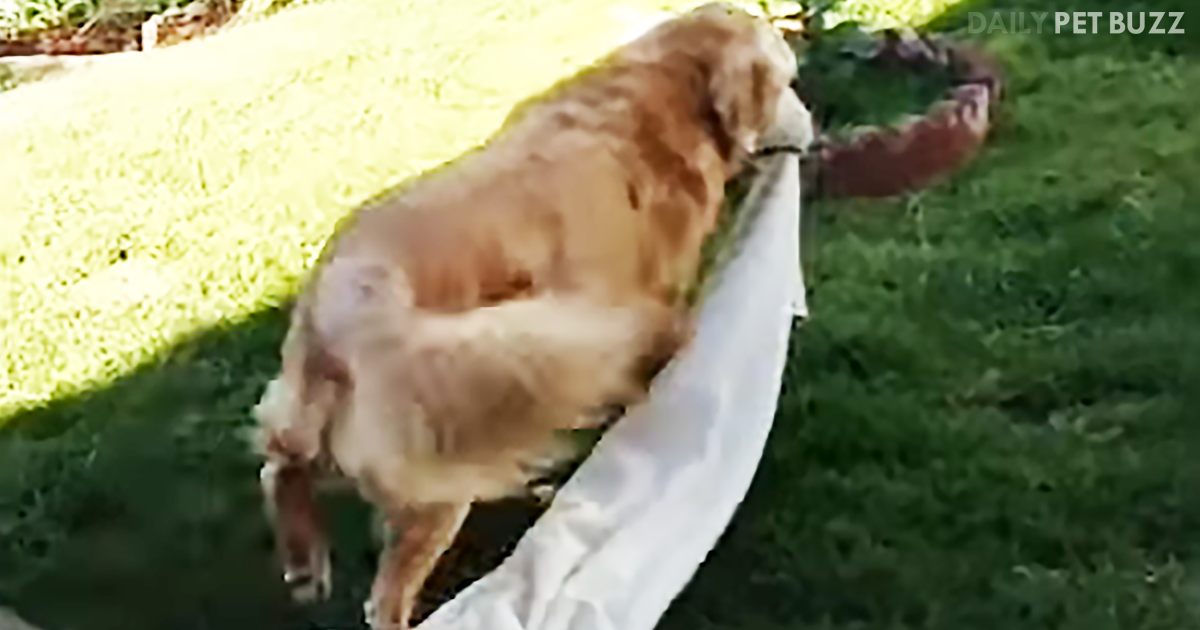 Much like us humans, dogs also have their comfort zones and things that they just can’t do without, like a favorite toy or clothing item that they literally carry everywhere with them. Many kids had a favorite blanket growing up that was always by their side as toddlers.

Otus, the Golden Retriever, knows the situation all too well, for he also has a favored blanket that he drags everywhere — in fact, he won’t do anything without his favorite blankie. In this video, Otus is seen tenderly dragging his blankie from room to room in his home.

Otus seems to settle in the living room for a while, taking care that he doesn’t mess up his blanket. When someone asks him to go outside and play, Otus seems skeptical and latches on to his beloved blanket, with a confused look on his face.

According to Otus’ mom, every morning, he brings his blanket outside to curl up for some fresh air. He brings it wherever he goes, and at bedtime, he takes his blankie right back to bed with him. Isn’t Otis cute? He is even getting better at not tripping himself up on the blanket, too, says his mom. Yay, Otus. 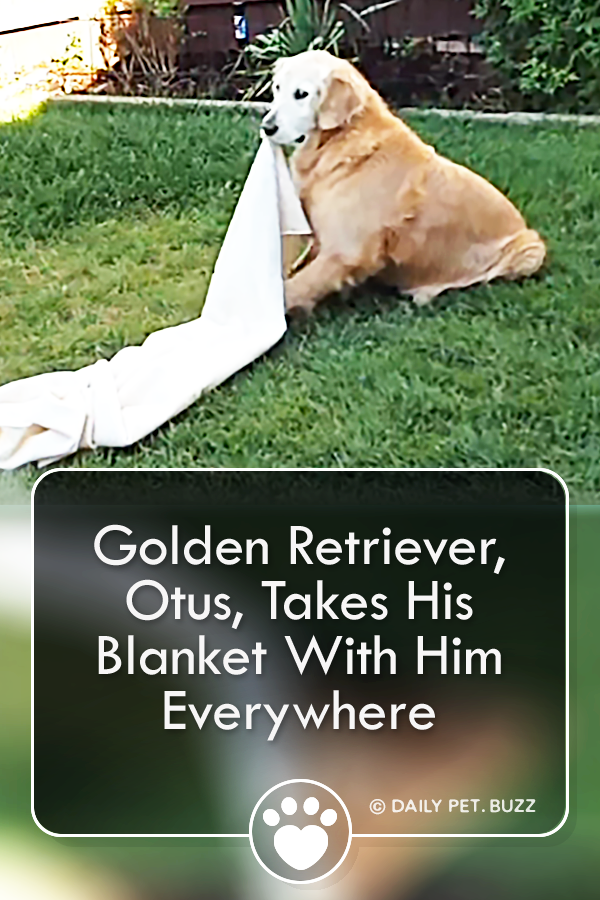