Hope For Paws is one of the best animal rescue organizations in the world. One day they received a call concerning two dogs that had been living under the busy Los Angeles I-5 freeway. The dogs were a scared brother and sister duo. When the rescuers reached the site, they knew it was going to be a difficult task to catch and rescue them.

They had to crawl through the tunnel to reach the dogs, so they blocked one end so they couldn’t escape and went through the other end. When the poodles spotted them, they were on guard. The brother covered his sister to protect her from the intruders. They were so matted and had a lot of mats covering their eyes as well.

The dogs were so traumatized that they didn’t even eat the cheeseburger the rescuer put in front of them. But slowly they warmed up to them and they gained their trust. They were then taken to a groomer where they were named Pepsi and Cola. There transformation is really heartwarming!

After a haircut and a bath, they both wanted to return to their rescuer and thank him by jumping on him and giving him kisses, but he was still dirty from the sewer. It was so touching to see these two dogs. Their personalities were totally different after just a bit of grooming.

Watch this incredible rescue in the video above and share your thoughts about it in the comments! Please donate to Hope For Paws if you can! 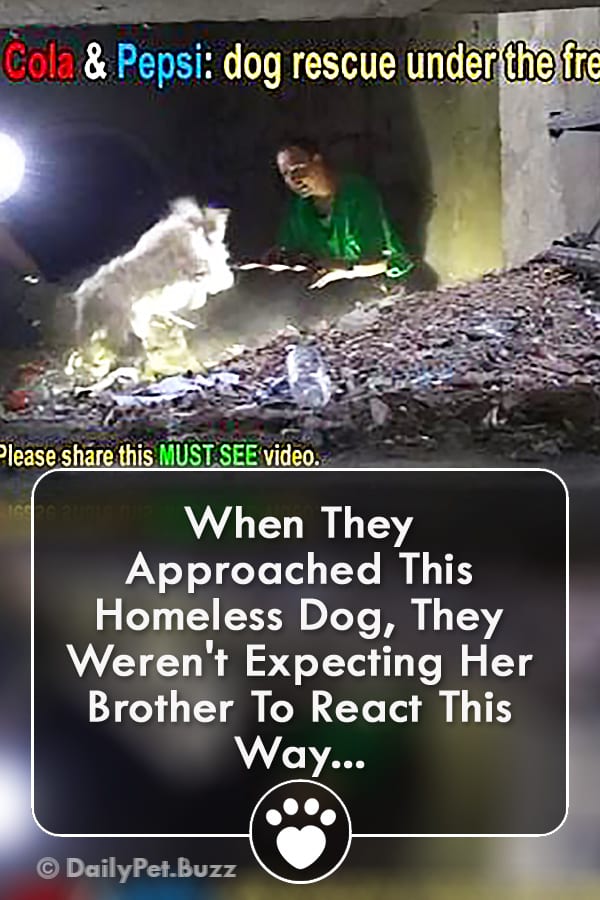